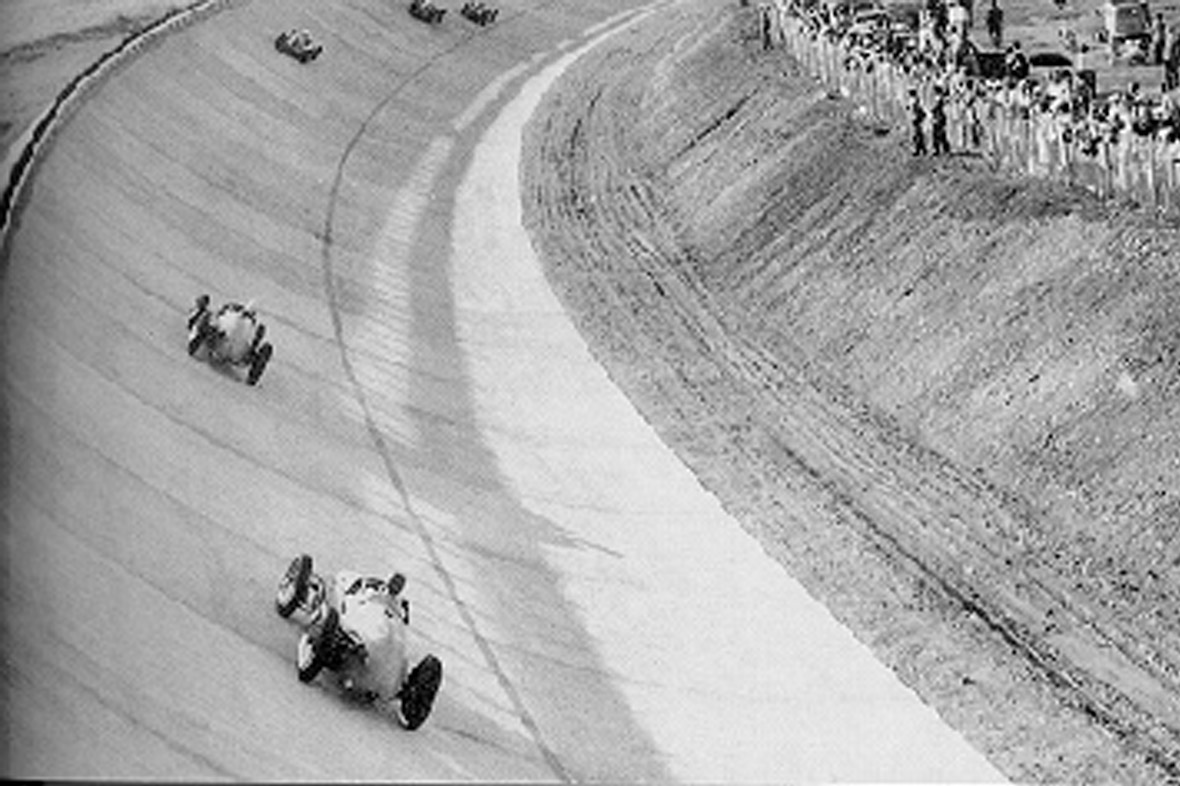 In 1950 the Formula 1 championship is instated: the first Italy Grand Prix is disputed at Monza and Nino Farina wins the title aboard the Alfa 158.

After the war, Formula 1 is a novelty. Begun in 1948 as top category for single-seaters with uncovered wheels intended for circuit racing. To date it has seen a lot of changes, such as different types of engines with schemes of 4 to 16 cylinders and displacements of 1.5 to 4.5 litres.

The word “formula” is to show there is a series of rules the cars and drivers need to adhere to avoid excessive technical disparities and reduce the risk of accidents during the races. In 1946, said regulation is given the name “Formula A”, then becoming “Formula 1” within the course of 2 years.

The first chance to attend a real Formula 1 championship was in 1950. The first Italian Grand Prix, part of the World Championship, ran in Monza. In fact the victory was an all-Italian one: aboard the Alfa 158, Nino Farina won both the race and the 1950 title.