Castel d’Ario is part of the National Motor Cities Network and the birthplace of Tazio Nuvolari. Born on the 16th November 1892, the “Flying Mantuan” soon became passionate about sports and speed, yet, debuted in the world of motorcycle racing when he was 28 years. Despite his already “advanced” age, he went from motorcycles to cars, becoming the fortune of Alfa Romeo and the first Scuderia Ferrari, Ferrari’s racing division. Famous for his endeavors and fearless racing, always surviving any accident, Nuvolari brought home a total of 141 victories, of which 49 on motorcycles and 92 in cars. History consecrated him as one of the best drivers in the world.

Castel d’Ario is a municipality located 16 km from Mantova. Its name dates back to 1876, when the historic name of Castellaro was abandoned. It was the council member Luigi Boldrini, friend of Giosué Carducci, to suggest the compound name, referring to the Castle - a characteristic element of the place - and to the Roman centurion Ario. In fact, he is precisely the one to whom the first fortification of the territory at the time of the Emperor Augustus could be traced back. An important agricultural and farming center, Castel d'Ario is becoming a residential and industrial town with food, mechanical, textile, and footwear companies.

Monuments of historical and artistic interest
The castle, which gives the town its name, dates back to the Late Middle Ages and preserves the entire city wall. The “Palazzo Pretorio” - Praetorian Palace - and the dungeon of the “Torre della Fame” are located within the walls. The parish church of the Blessed Virgin Mary dates back to the mid-18th century, built by the architect Girolamo Dal Pozzo. The Town Hall is also contemporary to it, inaugurated in 1781. Designed by Antonio Chinaglia, today it dominates the centrally-located Piazza Garibaldi overlooking the 18th century porch, two theaters built between the 1800s and 1900s, and several art nouveau buildings. Finally, special sites to visit in the surrounding areas of Castel d’Ario are the ancient courts of Villagrossa, Bosello, and Susano, which belonged to the Gonzaga family for half a millennium.

Traditions and typical food and wine
Castel d’Ario is an area of paddy fields. This is why it is included in the “Strada del riso e dei risotti mantovani” (Rice and Risotto Roads of Mantua) tourist itinerary and is the leading municipality of the “Ecomuseo della risaia, dei fiumi e del paesaggio rurale mantovano” (Eco-Museum of paddy fields, rivers, and rural landscapes of Mantua). The typical dish here is the “Riso alla pilota” (from “pila”, the dialect word for a sort of mortar where rice was husked), according to an ancient recipe that dates back two centuries, recently certified DeCO (Denominazione Comunale di Origine - Municipal Name of Origin).

The risotto tradition is reflected in the “Festa del Riso” (Rice Feast), organized every year by the local tourism board during the first half of May. The area near the Castle comes to life and, for about ten days, a wide variety of risotto dishes and other local gastronomic specialties are prepared and served to visitors.

Another event related to food, but not rice, is the “Bigolada”. This is a great feast in Piazza Garibaldi, organized on an annual basis the first day of Lent. Hundreds of kilos of thick spaghetti are cooked in the square, in huge pots, seasoned with sardine and anchovy ragout, served from noon to evening to those who come with their special bowl. The “Bigolada” dates back to 1848 and, although it is today a feast, it was originally a protest by the poor people towards the power held by Austria and by the clergy.

Tazio Nuvolari was born in Castel d’Ario on the 16th November 1892 and was one of the most famous, victorious, and reckless car and motorcycle drivers ever, so much so as to boast the nicknames of “Mantovano Volante” - The Flying Mantuan - and “Campionissimo” – Ace. 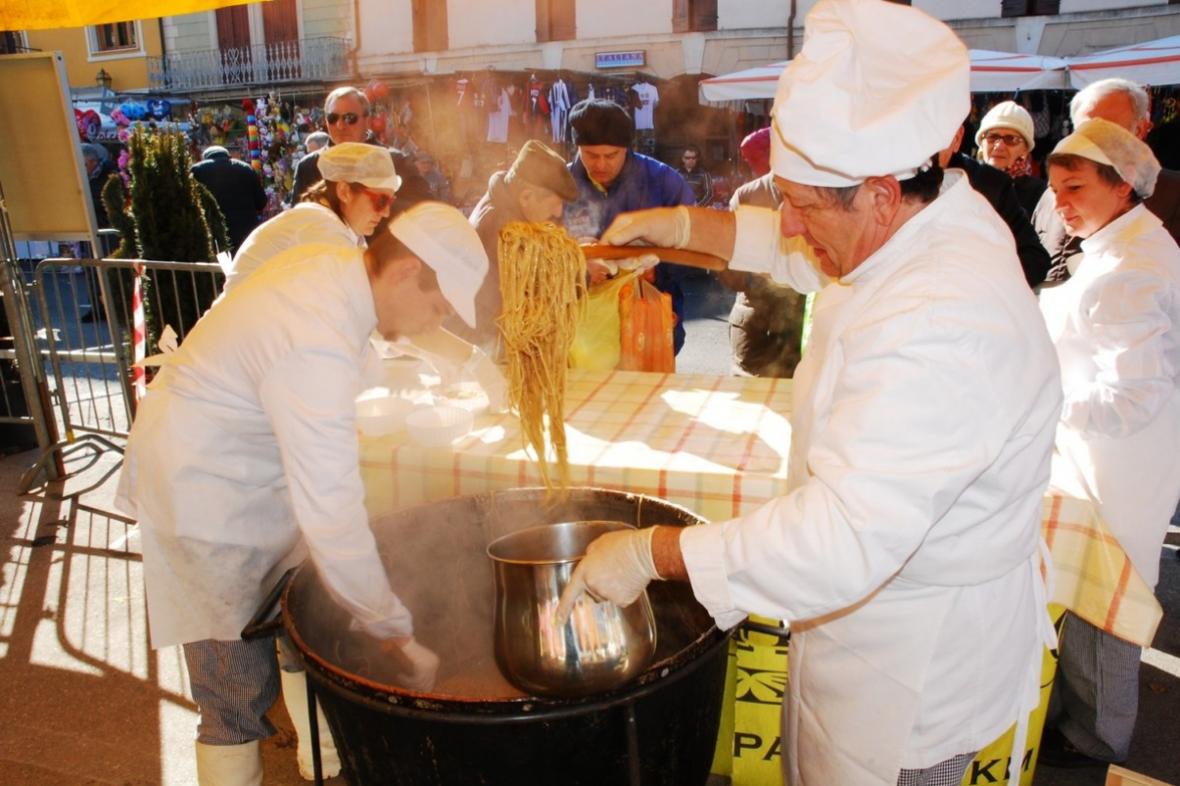