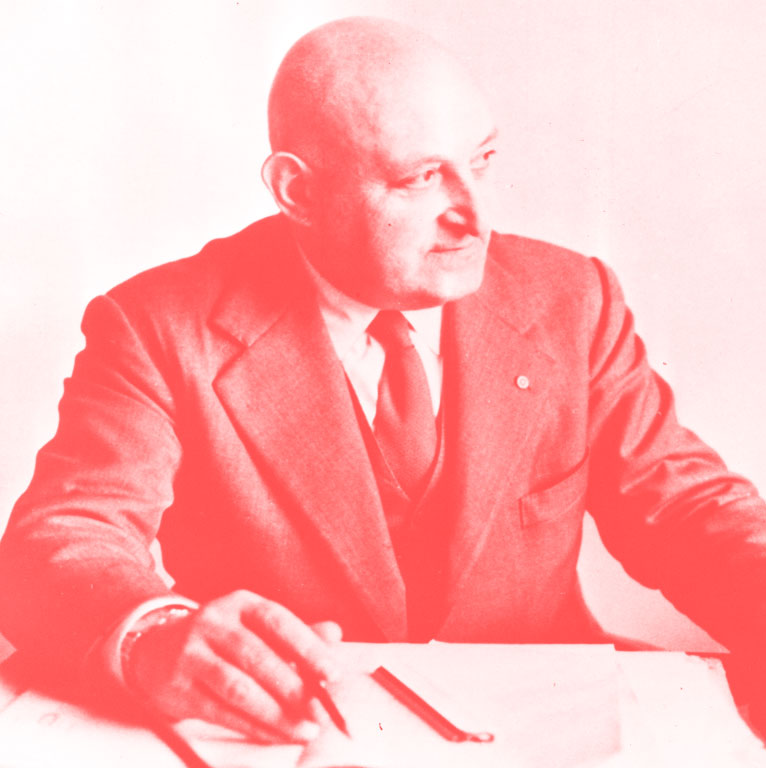 The story of the engineer who dreamed of seeing his helicopters fly and instead found himself inventing the most famous scooter in the world: the Vespa Piaggio.

Corradino D'Ascanio was born in Popoli in the province of Pescara in 1891. From when he was a child he loved flying, a subject that he deepened by graduating in industrial engineering at the Polytechnic of Turin and voluntarily enrolling in the "Aviator Flights Battalion" Engineering Corps in Turin at the outbreak of World War I. During the war experience, he revealed his skills in aircraft and his ability in repairing and saving damaged airplanes, testing sophisticated technical improvements - as the first installation of a radio transmitter on a plane - earning promotions on the field.

From 1916, he collaborated with the aeronautic construction company "O. Pomilio", supplier to Italian aviation. In 1918 when the Pomilio brothers went to Indianapolis, in the United States to found the consultancy company Pomilio Brothers Corporation, D’Ascanio followed them and worked at the new-born company until the following year, when his contract ended. After the American experience, D’Ascanio went back to Italy in 1920, opened a studio and continued to work on numerous projects in the aeronautical sector.

1925 is the turning point: D’Ascanio founded a company with baron Pietro Trojani, who funded his helicopter project. The first prototypes didn't achieve encouraging results, but the D'AT3, commissioned by the Ministry of Aeronautics, in 1930 won the records of height, distance and flight duration which remained unbeaten for some years. Nevertheless, because of the lack of interest from the Italian government, the project stopped and the company with Trojani dissolved. D’Ascanio was able to get hired by Piaggio thanks to his variable pitch propeller and in Pontedera he worked on the production of bombers and new helicopter prototypes which, remained on paper once more.

At the end of the war, Enrico Piaggio urged D’Ascanio to design a practical and low-priced two-wheeled vehicle for the Italian market that wished to start moving around again: a symbol of reconstruction and an Italian icon was born, destined to be successful worldwide, the Vespa Piaggio. Having invented a legend however, wasn't enough for D’Ascanio: the helicopter pioneer recognition received in 1948 at an international congress in Philadelphia convinces him to try again. At Piaggio he continues with the 1940's prototypes and makes the PD$ take off, which is no longer competitive on the market, where Americans have, literally, taken flight. D’Ascanio left Piaggio for the Agusta Group in 1964, to deal with helicopters once again, but in this last experience his projects achieve little luck. He died in Pisa on 6 August 1981.