Scarperia and San Piero are part of the Rete Nazionale Città dei Motori (International Motor Cities Network) as the seat of the Mugello circuit. The circuit was born as a road track in 1914 and was used until 1970 - although through alternating phases - in the original version of 67 km as well as in a reduced variant of 19 km. Originally, the route was built on mule tracks carved on the steep flanks of mountains, and became a testing ground for expert racing drivers as well as Tuscan novice drivers, who began here their career. Among the experienced drivers, the most important were Enzo Ferrari, Alfieri Maserati, Giuseppe Campari and Tazio Nuvolari. Among the beginners, Gastone Brilli-Peri, the Masetti brothers, Emilio Materassi. In 1972 began the construction of the modern Autodrome, with the aim to solve once and for all the many safety-related problems of the circuit and turn it into an official racetrack. More than five kilometres with curves, straights and chicanes: a circuit that never varied in its shape, but is equipped with the best safety systems. Today, the circuit is a motorcycle temple and one of the MotoGP official racetracks. And in the background, the outline of the Tuscan Apennines.

The tradition of knives
Scarperia has a long tradition of craftsmanship in the field of cutting tools: the "Statute of Cutlers" dates back to 1538. It organised the iron-working craftsmen in some sort of professional association. A few objects have accompanied the life of man as the knife: this powerful and faithful tool was present on the table of the rich and the poor, and was used for work in the fields and forests. It is a great companion to face adventures and dangers, a token of love, symbol of fidelity. In the case of Scarperia, the knife becomes an element of identity and collective memory. Today only four cutlers are still active in the area, who produce all kinds of knives: for hunting, for butchers, for the kitchen, for the table with horn handle, scissors and billhooks.

Il Museo dei Ferri Taglienti (The Museum of cutting tools)
Palazzo dei Vicari-Scarperia
The “Museo dei Ferri Taglienti” (Museum of cutting tools) is dedicated to the tradition of knives and knife makers. Managed by the association Pro Loco Scarperia, is staged at Palazzo dei Vicari. The Palace, a 14th century building, is testament to the Medici power through the emblems placed on the facade, while its bell tower was designed by Filippo Brunelleschi. The Museum is divided into 5 thematic sections. The first, a multimedia section, features videos about knife craftsmanship; the second is dedicated to Italian cutlery and his production centres as of the end of the 1800s; the third tells the story of the Cutlers of Scarperia; the fourth, titled "Lame al femminile” (Blades and women), presents the other side of cutting blades, i.e. scissors for embroidering and tailoring; the fifth is dedicated to social life. In 2014 were added educational workshops, tactile routes for the blind, interactive games for children and a video guide in Italian and LIS.
(tel. 055 8468165 – www.prolocoscarperia.it)

La Bottega del Coltellinaio (The Cutler’s workshop)
Via Solferino – Scarperia
The ancient “Bottega del Coltellinaio” (Cutler's workshop), open to the public since 1990, is an integral part of the Museum and can be visited with a guided tour upon reservation. Here you can follow the steps of the craftsmanship of the knife through the direct experience. Moulds, bench, anvil were traditionally the tools used in the Cutler’s activity, aided by workers-children and by "gyrators", women who moved the grindstone for sharpening blades.

The Medici family and Trebbio Castle
Trebbio Castle is one of the buildings that witnessed the presence of the Medici family in the Mugello area. UNESCO heritage since 2013, the castle was commissioned by Cosimo de' Medici and was built on an old feudal tower. Situated in a dominant position, it has welcomed famous guests: Lorenzo the Magnificent, the Captain of Fortune Giovanni dalle Bande Nere, his wife Maria Salviati, his son Cosimo I and a young Amerigo Vespucci, who was running away from the plague of Florence.
For visits: tel. 055 848088-339 3029697

Arts & faith: the major religious sites of the municipality
In the historical centre of San Piero, a Sieve is the parish church named Pieve di San Pietro. Inside, the baptismal font in polychrome terracotta comes from the Della Robbia workshop. On the main altar, however, there is a wooden crucifix attributed to Raffaello da Montelupo.

Heading towards the Lake of Bilancino, the convent of Bosco ai Frati, one of the oldest of Tuscany, founded by the Ubaldini prior to the year 1000. Occupied until 1206 by some hermits, it was later donated along with the surrounding woods to Saint Francis of Assisi who founded a Franciscan monastery. The Medici left many gifts at the convent, such as the crucifix attributed to Donatello, today exhibited in the annexed sacred art museum. (Tel. 055 848111).

In the central square, in front of Palazzo dei Vicari, is the Oratory of the Madonna di Piazza, an elegant 15th century building. Here, according to tradition, was the solemn ceremony where the vicars took possession of their office receiving the oath of obedience of the Podestà (chief magistrate) of the Vicariate.
Open every day from 10:00 am to 7:30 pm. Info: tel. 055 8468165

Piazza dei Vicari also hosts the Propositura dei SS. Jacopo and Filippo, formerly an Augustinian convent church: part of its 15th century cloister still exists today. Inside it is possible to admire frescoes of that period, a wooden crucifix by Sansovino, a round marble element by Benedetto da Maiano and a tabernacle for the holy oils by Mino from Fiesole.
Open upon reservation. Info: tel. 055 8468165-www.parrocchiascarperia.it

Do not miss the village of Sant'Agata, a few kilometres from Scarperia, developed on an ancient road that connected Florence to Bologna over the pass of the Osteria Bruciata. The parish church of the same name, built before 1000, has undergone several restorations, while maintaining the overall original structure. It houses a wooden table by Jacopo di Cione depicting the Madonna delle Grazie to whom turned pregnant women, and a collection of sacred art with works from Tabernacles and abandoned churches of the territory. At the cloister, is based on archaeological records Centre of Sant'Agata, which exposes the main findings of Mugello starting from prehistoric times, continuing the same opening of the Collection. The Church of Sant'Agata is open every day 9-12 and 15-17. Info: tel. 055 8406926 - 328 8262781 – www.museisantagata.it

On the hill stands the Church of Santa Maria a Fagna that dates back to the tenth century, but with late Baroque appearance due to a remake in 1770. It preserves a Roman polygonal pulpit with inlays and an elegant octagonal baptismal font with tiles.
Open upon reservation. Info: tel. 055 8468165

Historic routes: Centro di Documentazione e Ricerche Storiche di Gotica Toscana (documentation centre)
Locality Ponzalla, 47 - Scarperia and San Piero
Set up in 2011, the documentation centre preserves the memory of the events that took place in September 1944 on the Apennines north of Florence, theatre of the battles on the Gothic Line, the last defensive bulwark of the German army in Italy. Inside the Museum are exhibited written documents, materials, written records and videos of the period; upon request, the museum organises tours on the battlefields. Its mission is to commemorate the months prior to the liberation of our country, which brought democracy and freedom. Since 2012 the Centre had also become meeting, support and contact point for collectors of historical military vehicles, as well as the seat of the History & Military Vehicles Italy Club and Italian headquarters of the Military Vehicle Preservation Association. Info: Tel. 335 763 2983-328 826 1785-http://www.museogotica.it/

Enogastronomy
Potato-stuffed Tortelli is the typical dish of Scarperia and San Piero. They look like soft square-shaped yellow ravioli filled with boiled potatoes, cheese, garlic and parsley. Born as a frugal dish, the “tortello” has ancient origins: Pulci, poet at the Court of Lorenzo the Magnificent, praised it even in the 1400s. "But especially in good wine I have faith – he wrote – Those who believe in it, in the cake and in the tortello shall be safe: one is the mother and the other her son." The current stuffing originates from the harvest of the first potatoes in the mid 1800s, and became an alternative to the chestnut stuffing. It is typically consumed as a first course with beef sauce, duck sauce, rabbit sauce, boar sauce or mushroom sauce, accompanied by robust red wines.

Scarperia and San Piero are the seat of the Mugello circuit, officially built in 1972 but already used as a road track since 1914: a history rooted in the territory that today hosts the MotoGP. 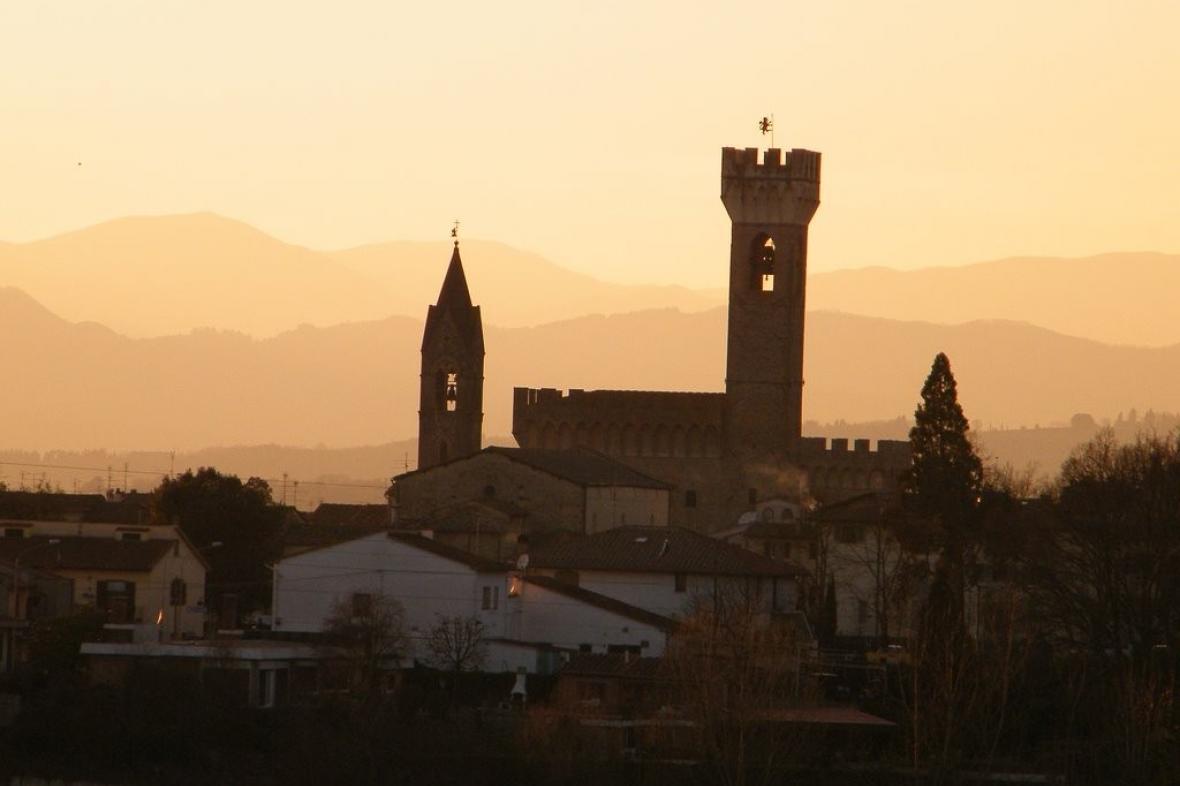 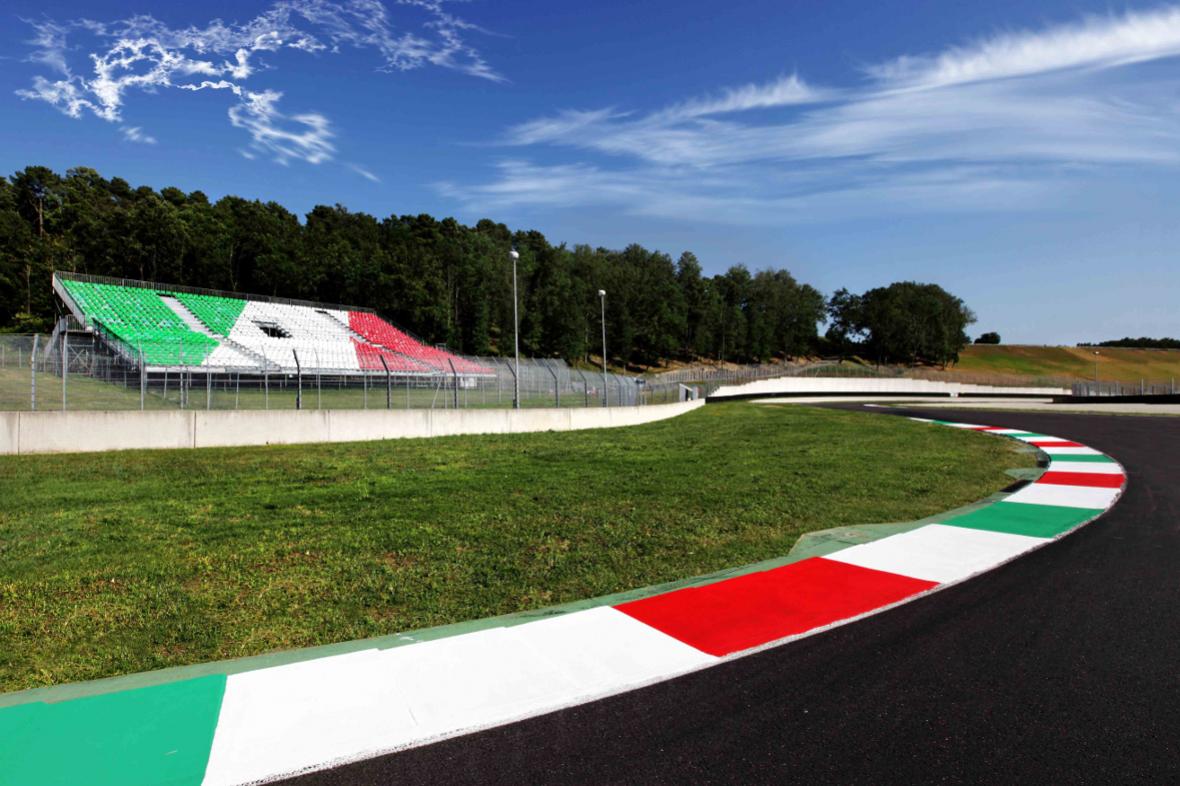 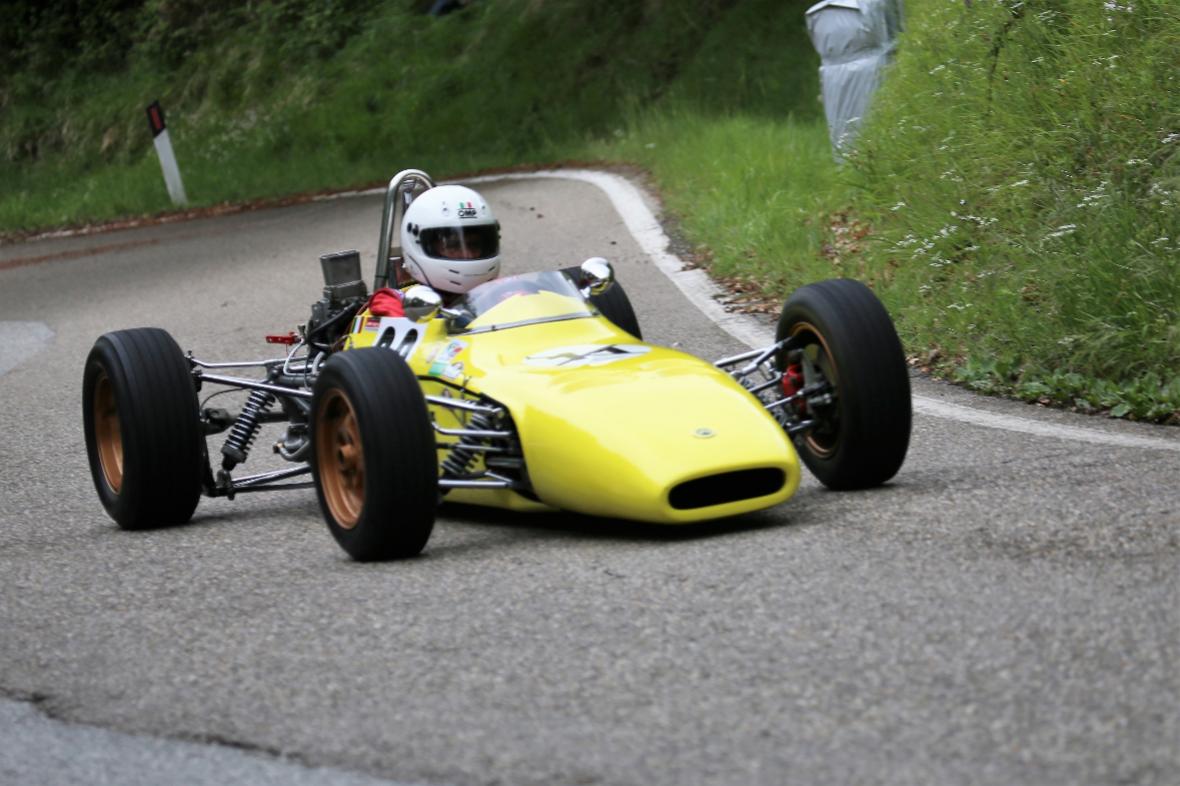