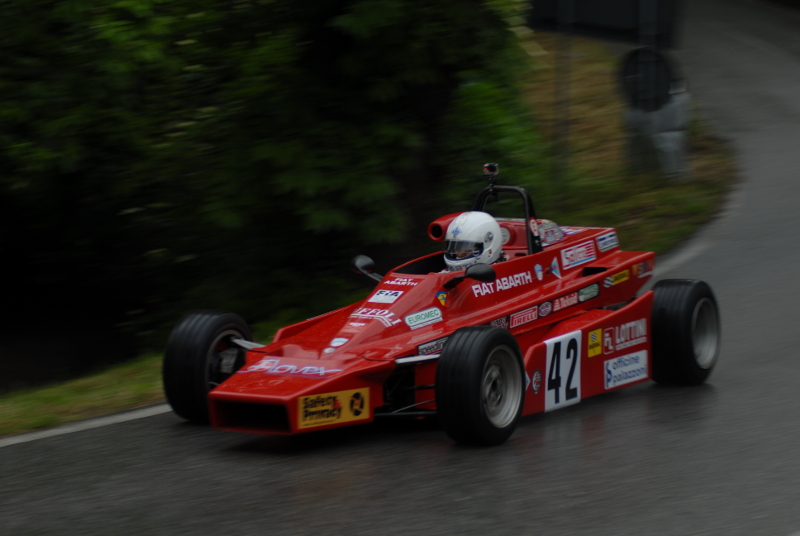 After long breaks, the Mugello circuit reopened as an unofficial track in 1964, inflaming the public and inching toward an important decision: to become a racetrack.

In 1964, after short periods of use and long interruptions, something happened at the Mugello circuit. This is when Pasquale Bankole and Amos Pampaloni, respectively President and Director of the Automobile Club Florence, come into play. With patience and determination, they decided to propose and organise the race on the roads of Mugello, using the original circuit of 67.5 km.

The biggest problem is convincing the Prefect and the Police Force to close for two days the state roads that allow to cross the Apennines. Even though the Autostrada del Sole is already operational, the closure of state and minor roads was an extreme decision because it totally isolated the towns in the Mugello area. However, their determination was awarded: the eleventh edition of the Mugello race took place on the 21st June 1964, exactly 50 years after the first race.

The sporting value of this "rebirth race" was modest. Not being an official race, major automakers were not interested in participating. But the public was numerous. It is estimated that on the 21st June there were at least 150,000 spectators along the roads. The race consisted of 5 laps, the winner was Gianni Bulgari on a Porsche 904 at an average speed of 105 km/h. Kim on Alfa Romeo TZ achieved the second place, and the third place went to Farah aboard a Ferrari GTO.

In 1965, another step forward. If the official car companies were still missing, private drivers were present. The race - this time for 8 laps - is marred by a memorable shower, and the heads up to the top is all internal at Ferrari Le Mans of Mario Casoni and Tonino Nicodemi. To get to the track in the official stables it was not until 1966. At the 13th edition in fact Alfa Romeo with Giulia GTA, Porsche, Lancia, Abarth and Ferrari participated, which due to a strike in Maranello did get the cars into Florence for the checks. The route was changed: in San Piero a Sieve, in order to avoid the closure of the old town for two days, the race was contracted on a road along the country's North, while the pit boxes and departure were placed in Scarperia.

The 1966 edition saw the triumph of the Porsche Carrera 6 driven by the German drivers Gerhard Koch and Jochen Neerpasch, despite the public was getting excited for the Italian racing teams, especially for the duel between the Alfa GTAs of Enrico Pinto and Ignazio Giunti, who finished second and third. For the Mugello circuit, the 1960s saw a triumphant return to the track. A real return, that at the beginning of the 1970s was heading towards a major decision: that of becoming an official and structured racetrack.