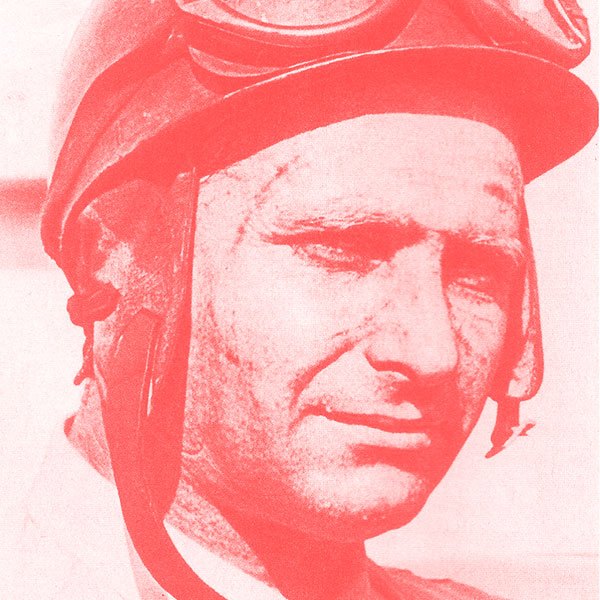 The monument of international motor racing owes much of its legend to major Italian manufacturers as Alfa Romeo, Ferrari and Maserati.

Juan Manuel Fangio was born on 24 June in 1911 in Balcarce, in Argentina, son of a family of Italian emigrants. He started working at a very young age as an apprentice for a workshop dealing with mechanical machining and cultivating the dream of being a driver.

The beginnings not always encouraging: Fangio matures slowly and obtains a drive only at 25-years of age. In addition, the economic commitments required by racing are high, and if you don't get the results… When he was 29 he thought about leaving and concentrating only on his work in the workshop, but the inhabitants of Balcarce had a whip-round and gave him a second-hand Chevrolet, which was competitive enough for him to achieve his first successes on the track.

Finally in 1949 it was time to face European races: aboard a Ferrari 125 he achieved six victories, including the triumph at the Grand Prix of Monza. Fangio was now known and participated in his first Formula 1 world championship in 1950 aboard an Alfa Romeo. In 1951, always with an Alfa, he achieved his fist world champion laurel. During the European years, he drove with the best stables of that time: Maserati, Mercedes (with which he won two world titles), Ferrari (with which he achieved his fourth title) and Maserati once more (his fifth laurel, which also marked the withdrawal of the Trident from competitions for financial problems).

A many-times winner and a satisfied one too, he continued to attend the races with less enthusiasm until his withdrawal in 1958. The following decades he was a motor racing ambassador and holder of a record that lasted until the first years of the new century when Michael Schumacher exceeded his 5world champion titles. He died on 17 July in 1995.