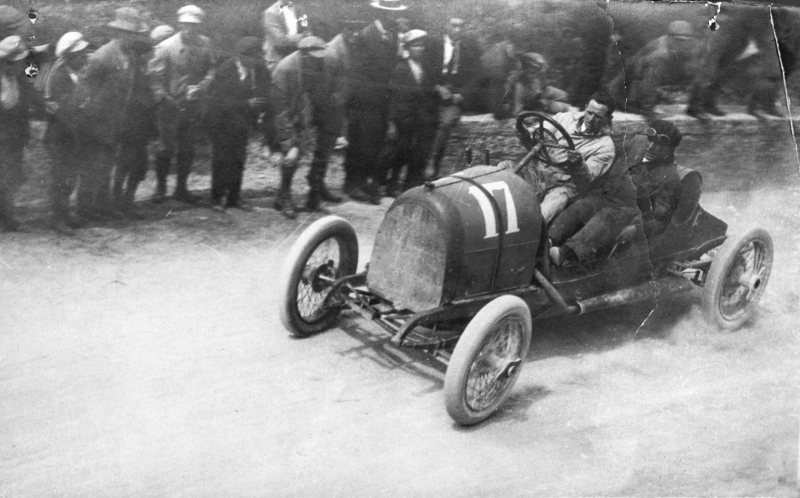 Between 1920 and 1929 the Mugello circuit came back to life: a competition site for the racing legends, but at the same time a cradle of Tuscan racing drivers who gained experience here.

After the storm of World War I, at Mugello it was time to get back to racing. The Automobile Club of Florence was back on track and organised the first race of the second “Renaissance”. The year was 1920, the race had official been named "Mugello" and would be contested until 1929, except for an interruption between 1926 and 1927. Many top racing drivers, including Giuseppe Campari, Alfieri Maserati and Enzo Ferrari, were ready to battle each other, each of them driving the fastest and most powerful cars of the time.

But the Mugello circuit is not the only ground for experienced drivers. At the same time it also became a testing ground for many Tuscan drivers, who had the chance to shine thanks to these local races. Among them, Paolo Niccolini, Felice Nazzaro – founder of a car company that would carry his name -, Gastone Brilli-Peri who would later drive for Alfa Romeo, the brothers Carlo and Giulio Masetti, the latter winner of two editions of the Targa Florio. Also, we must mention the local driver Emilio Materassi, who worked as bus driver life and always terrorised passengers with his crazy speed.

Towards the end of the 1920s even future masters of automotive scene of the period between the 30's and the 50's made their appearance. Drivers like Achille Varzi and Tazio Nuvolari, the Tuscans Clemente Biondetti and Luigi Fagioli, Mario Umberto Baconin Borzacchini, Renato Balestrero, Bruno Presenti, Carlo Pintacuda, Ferruccio Zaniratti, Enrico Benini and many others.

The editions of 1920 and 1921 saw the victory of Alfa Romeo and Giuseppe Campari who, after this "double win", will have to wait until 1968 to seize the third success in the race in Mugello. The same driver would remain famous for his wins as well as for the betting launched after the 1929 edition of the Mugello race, which closed the second period of activity of the track.