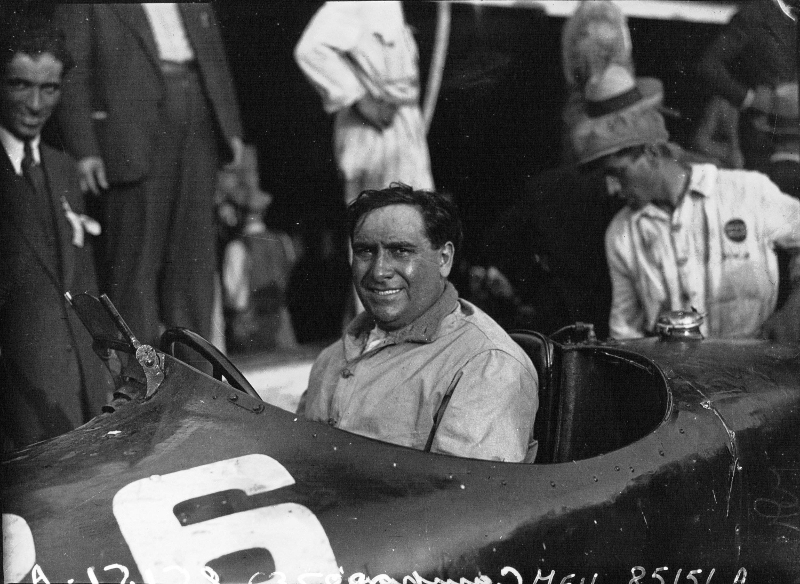 The Mugello race of 1929 ended with a "quarrel": Campari made a bet for the next race, but once again the Circuit was suppressed.

There are several episodes that punctuate the history of Mugello. Among these, the "quarrels" with which the 1929 edition ended. On this date, the street circuit was restored nine years after the suspension imposed by World War I. Drivers and organisers still did not know that 1929 would be the last race to be held there before a second - very long - stop. And the race ended with an animated discussion caused by a bitter controversy.

Giovanni Canestrini, a journalist from Gazzetta dello Sport, started the argument. From the pages of the newspaper, Canestrini criticised the Alfa Romeo drivers. If their defeat of 1928 had been determined by technical deficiencies, the 1929 race left no doubts: the cause of defeat is the low commitment of the drivers. The accusation is aimed particularly at Giuseppe Campari, leader of Alfa Romeo. Being provoked, Campari responded with a letter published in the Gazzetta in which he put the blame on Clemente Biondetti who, he said, would prevent the overtaking for four laps.

Campari hence proposed to repeat the race, and not only that: he even bet 5,000 Lire that he would decrease the lap record by a good 5 minutes. The challenge was accepted by Gastone Brilli-Peri who “upped the ante”, claiming to be able to beat Campari with the same car not only at Mugello but also on any other circuit.

But the challenge ended in nothing, because after the "race of discord" of 1929 the fascist regime moved the Tuscan competitions to the Montenero circuit, sponsored by Costanzo and Galeazzo Ciano. They were competitors at the Livorno track, and suppressed both the Mugello Circuit as well as the Coppa della Consuma. The bet did not result in anything, and the Mugello race would not return until 1955.