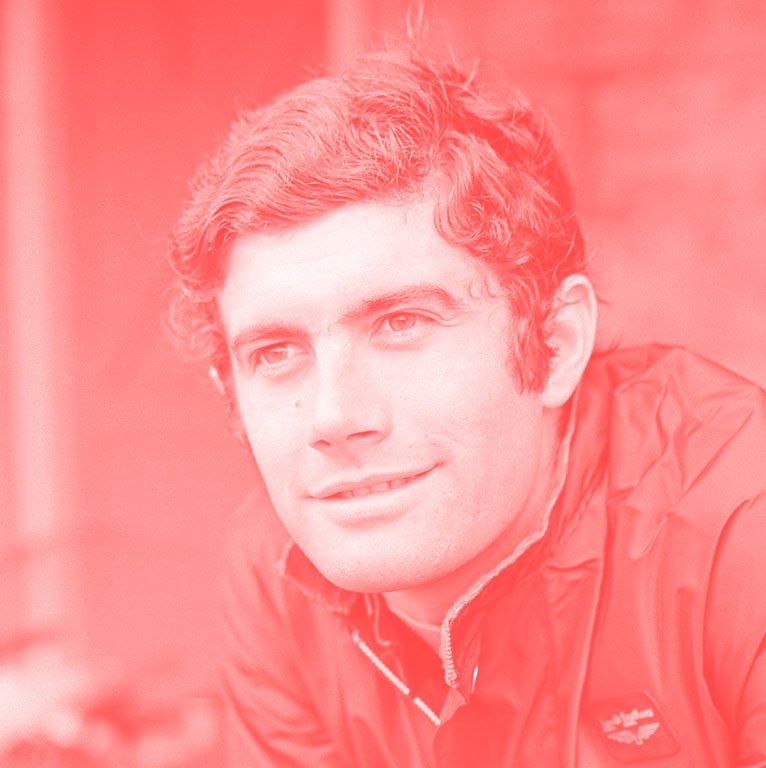 The "cannibal" of Grand Prix motorcycle racing, the record man still unbeaten today, who with the MV Agusta wrote the history of competition on two wheels.

Giacomo Agostini was born on 16 June in 1942 in Brescia. He was already participating in gymkhana competitions at a local level when he was eleven. At 18, riding a Morini 175 Settebello purchased with instalments, he began to get noticed in the uphill and speed races. It is Morini himself to take him on and make him a leading racer: Agostini indeed won the Italian mountain speed championship and the Junior speed one.

The turning point came in 1963: Morini promoted him to the 250 class and make him debut in the Nations Grand Prix in Monza. The debut was gutsy, but unfortunate: the bike broke, but Agostini had won over everyone in a few laps. In 1965, “Ago” left Morini for MV Agusta, alongside a champion like Mike Hailwood. In the Italian championship Agostini had no rivals: he won it by winning all the races. In the World Championships he found it tougher, despite showing great quality: in the 500 class, Hailwood dominated the championship, while a technical problem in the 350 caused him to retire in the race in which he could have become champion.

After years of victories and repetition, the partnership between the racer and MVAgusta ended: in 1974, Agostini decided to pass to Yamaha, a Japanese house keen on innovations. The new partnership is pyrotechnic: riding his two-cylinder bike, “Ago” won the 200 miles of Daytona and the 200 miles of Imola, as well as the 350 World Championship.

Agostini's last world victory was in 1975. At 33 years of age he could count 15 world champion laurels and an incredible carer, alongside 10 victories in the Tourist Trophy.

On coming to no agreement with Yamaha in 1976, he chose a romantic rekindling with MV Agusta, a now declining house because of the accumulated technological lag compared to the Japanese, but which desired a last waltz with the champion riding high. Agostini managed to put back together a dismantled racing department and manage it. The champion won a Grand Prix in the 350 and one in the 500, while in 1977, Agostini won his last world champion race. Ago” withdrew at the end of that year and in the following years he dedicated himself to motoring and to the career of sports director. For everyone, he remains the most titled racer in the history of Grand Prix motorcycle racing.