Castelfranco Emilia is part of the Rete Nazionale Città dei Motori (National Motor Cities Network) as it hosts one of the world’s most important collections of cars and motorcylces. It’s the Righini collection, staged in the suggestive framework of the Panzano Castle. Started and still managed by Mario Righini, car enthusiast and owner of the castle, the collection is open to the public by appointment. Righini greets the visitor personally and guides him on a journey of discovery of his marvels. Among these, there is an Auto Avio 815 from 1940, a Fiat Chiribiri from 1912 and the Alfa Romeo driven by Tazio Nuvolari.

During Roman times the area of Castelfranco Emilia became the theatre for the Modena war in 44-43 A.D. However, the citadel was founded in the 13th century. Known in ancient times as Borgo Franco, after ups and downs which saw it being dominated even by the Visconti family, it remained under Bolognese rule until 1929, when it passed to the municipality of Modena. Now the area’s economy is based on the intensive cultivation of fruit-bearing plants and the work of numerous agricultural concerns.

Panzano Castle and the Righini Collection

Castelfranco Emilia is home to the Collezione Privata Righini (Righini Private Collection), kept inside Panzano Castle. The collection has unique historic pieces, real and proper vintage supercars, from the 1940 Auto Avio 815 to the Alfa Romeo driven by Tazio Nuvolari. The owner Mario Righini opens up his collection by appointment and takes the visitor on a journey of discovery of his treasures.
Tel: 051 73 31 69 – 335 43 78 40. E-mail: info@righinimario.it

Every year on the Sunday after the recurrence of San Giuseppe (19th March), Castelfranco celebrates its motoring tradition with the “Motori e Sapori” (Motors and Flavours) demonstration. So the via Emilia becomes a runway for vintage supercars parading around among the food stands. An unmissable date for historic car collectors, especially the more enthusiastic.

Faunal oasis of the overflow basin of S. Giovanni's water canal at Manzolino

Established in 1985, the Oasis is one of the most important humid regions of central Emilia. Its three basins host a rich marshy vegetation, and represent a safe nesting place for many species of animals. The Oasis is home to amphibious and reptile species, such as the pond turtle and the dice snake, mammals like foxes and coypus, marsh birds like herons, marsh hawks, coots and cormorants. To get to the Oasis you need your own vehicle: follow the Via Emilia until Castelfranco, then take the Provincial road to S. Giovanni, and after 5 km take the Via Cirione following the sign that indicates the entry to the Oasis.

Important historical villa in Modena, since 1972 it is property of the cities of Castelfranco Emilia, Modena, Nonantola and San Cesario sul Panaro. All the single elements that constitute the estate – the villa, the rustic buildings, the greenhouse, the historic park, the ruins, the waterways, the garden – are an assemblage of a pre-industrial agricultural countryside of great historical, cultural and environmental value. Its park, built in the 18th century according to the formal designs of the time, in the first half of the 19th century it is restructured according to the new compositional rules of the English garden. The result is the most representative example of the 19th century ‘romantic’ Estense garden, and one of the most important ones in the Emilia-Romagna region.

Enogastronomy
Castelfranco Emilia prides itself to be the town of origin of “tortellini”. According to the legend, they were invented by an innkeeper who, while spying through a keyhole, saw a naked lady taking a bath. The shape of her navel inspired the famous pasta. Every year during the Sagra del Tortellino (Festival of the Tortellini), also known as festival of San Nicola, which takes place every second week of September, a theatrical representation commemorates the legend. Instead, the wine industry boasts the production of wine like the Bianco di Castelfranco Emilia, the Lambrusco and the Pignoletto.

The Righini collection is one of the most important collections of vintage cars and motorcycles. Over 350 pieces are preserved at the Panzano Castle: among them, an Auto Avio 815 and Tazio Nuvolari’s Alfa Romeo.

"Via Emilia" through Castelfranco Emilia. 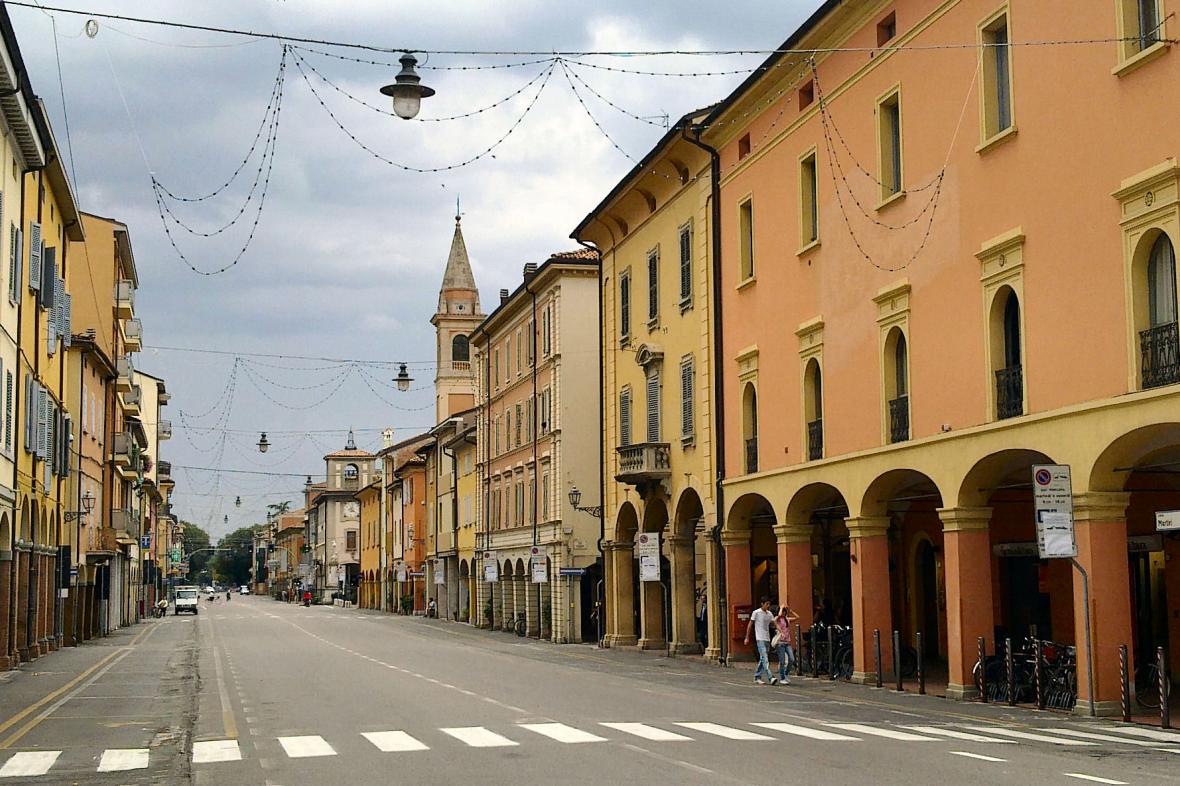 A car from Righini's collection in Panzano castle. 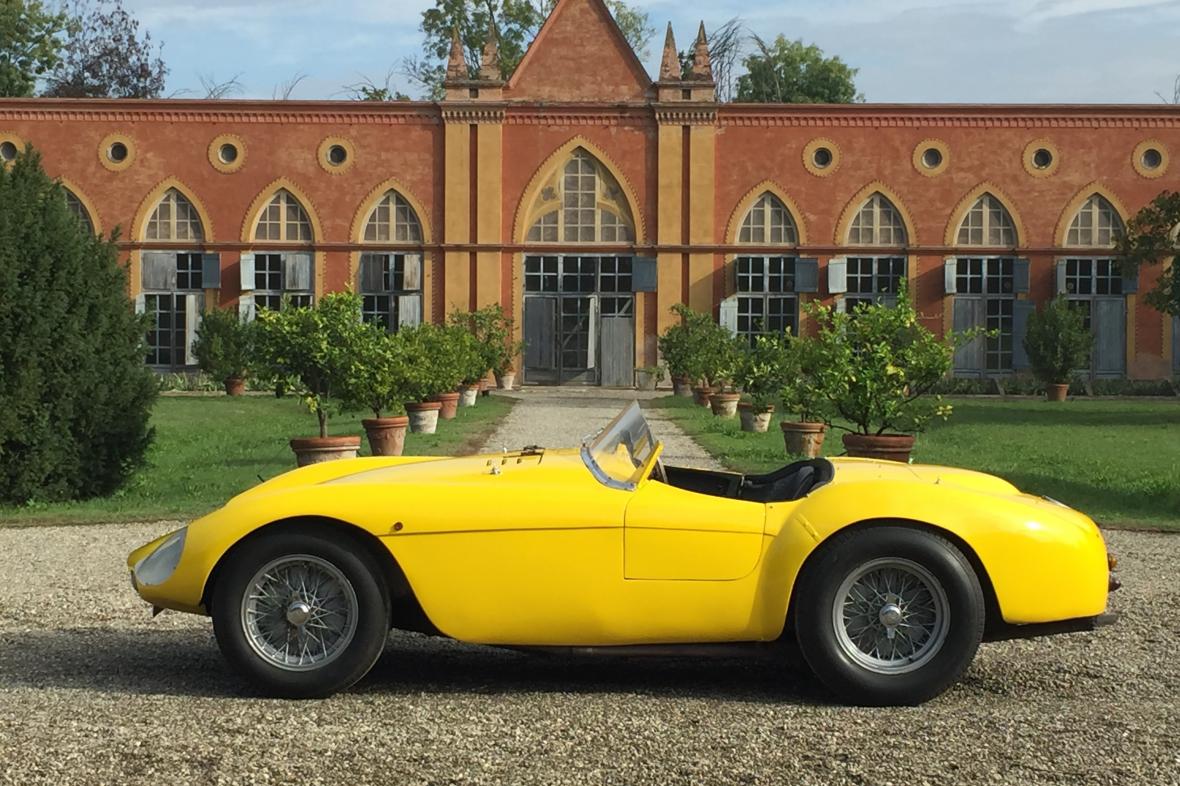