San Martino in Rio is part of the Rete Nazionale di Città dei Motori (National Motor Cities Network) because it hosts the historic automobile museum. On an exhibition area of 650 sqm there are around forty vehicles, a dozen motorcycles, some bicycles, and a hall for reunions and offices. The Museum was born from a collection of vintage vehicles belonging to Domenico Gentili and Emilio Storchi Fermi, known as Barighin, real and true pioneers of vintage car collection. The San Martino Racing Stables was built on the crest of a wave for this enthusiasm to keep alive the interchange collectors have with one another. Now the museum also counts a Ford T from 1916 among its exemplars, and a range of Fiat vintagemodels, among them the famous Balilla from 1935.

San Martino in Rio is a quiet town lying in the plain of the region of Reggio Emilia. Its origin is very ancient, considering that its first settlements date back to the Bronze Age and the Terramare era. Its name appears for the first time in 1052, as part of the Canossa family’s properties. It then expanded as a fief around the Rocca Estense (Estense Fortress), controlled by a cadet branch of the Este family and then by the Marquis of Aragon.

This is the historic heart of the town, built in the second half of the 14th century on the remains of a previous fortification destroyed by the Gonzaga. Expanded throughout the centuries, it was also enriched with frescoes, new fortifications, a staircase of honour, and meeting halls. At the end of the 16th century, from defensive stronghold it had already become a noble residence. The 18th century work carried out by the Marquis of Aragon embellished it further, adding stuccoes and decorations according to the taste of the time.

Built in the 1600’s, its central plant recalls the Roman experiments of the early Renaissance. The facade was completed by Piermarini, an architect of the Neoclassical period, who also constructed the Royal Palace of Monza. Inside one can admire the organ, the San Martino altarpiece, the Chapel of Madonna del Pilastro (Madonna of the Pillar) and the Chapel of the House of Este or of the Holy Sacrament.

Museum of Agriculture and the Rural World

Founded in 1968 as a temporary exhibition, the Museum reopened in 1994, after having been closed for a long period. The exhibition, curated by anthropologist-museologist Mario Turci, collects, preserves, studies, and enhances the testimonies of the experiences of peasant and artisan life of the plains east of Reggio Emilia before agricultural mechanization.

Events in San Martino in Rio

There are four events each year that animate the historic center of San Martino in Rio, all organized by the Municipal Administration and the Local Tourism Consortium.

“Ciccioli in piasa” - Pork Crackling in the Square:  takes place every year between the end of February and the beginning of March, on Sunday. The cornerstone of the event is the competition among pork butchers, called to defy themselves on the preparation of the tastiest pork crackling. Several gastronomic stands with fried gnocco (dough), porchetta (roasted pork meat), polenta, and mulled wine to complete the picture.

May Fair scheduled for the last Sunday of the month, is the highlight of a week of cultural initiatives such as exhibitions, concerts, and performances organized by the “Il Castello” Association of Merchants and other volunteer associations.

The “Pigiatura in piasa” - Crushing in the Square: takes place the first Sunday of October.  A great event for children who are given the chance to a crush harvested grapes with their feet. In addition to a moment of fun, it is an opportunity for local wineries to present their best wines with free tastings.

Finally, the “Festa ed San Martein” - Feast of St. Martin, which takes place on the Sunday closest to November 11th, the fest day of St. Martin of Tours, the patron saint of the town. Hobby and arts and crafts stands, as well as wine and food, are the setting of the reenactment of St. Martin on Horseback, which narrates of St. Martin who gives half of his cloak to a poor man.

San Martino in Rio hosts the historical Automobile Museum, where vintage exemplars are exhibited. Motorcycles and bicycles collected over the years thanks to the instinct and passion of Domenico Gentili and Emilio Storchi Fermi, known as Barighin. 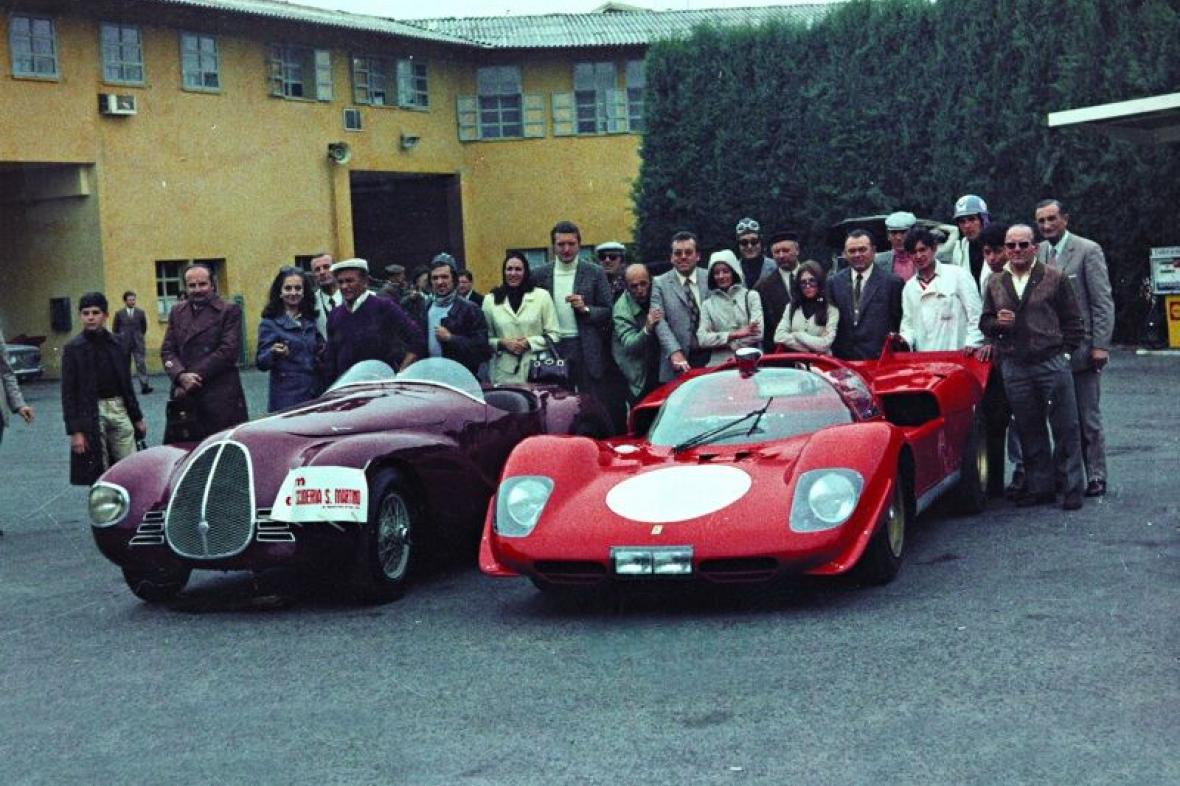 A view of San Martino in Rio during 1973 carnival street parade. 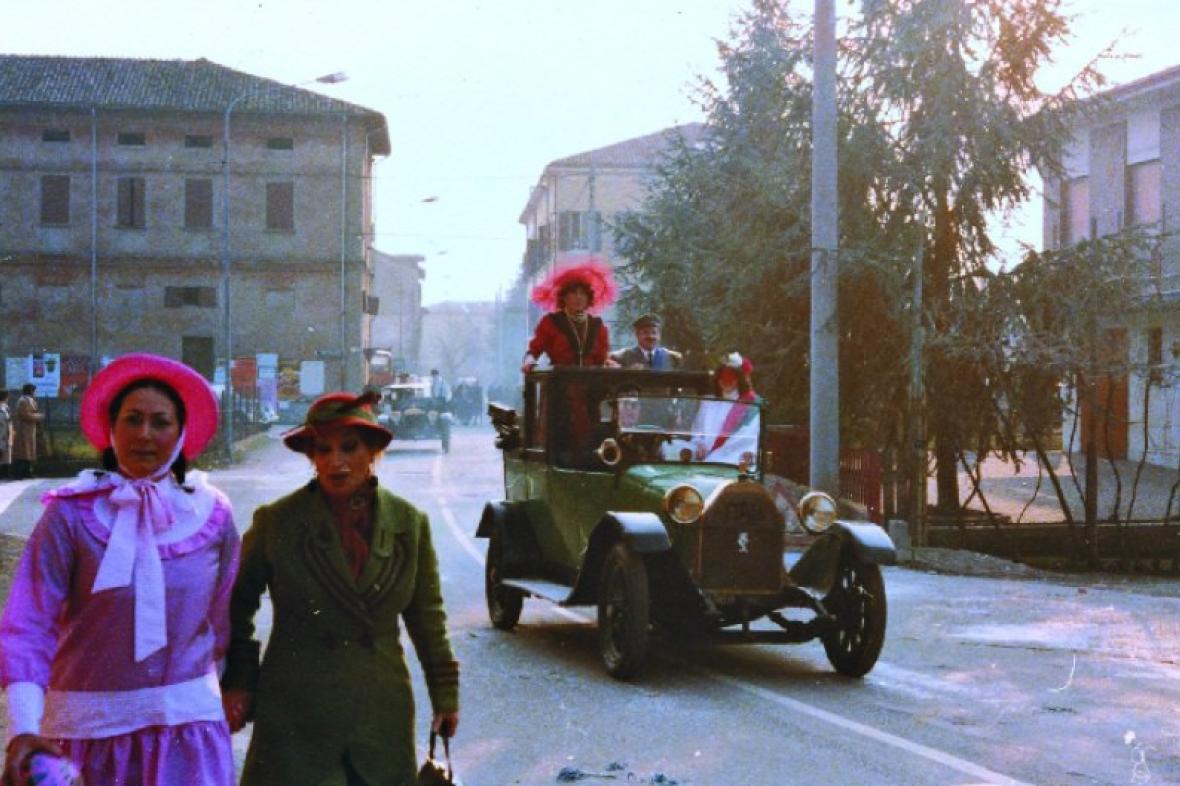 Museum of Agriculture in San Martino in Rio. 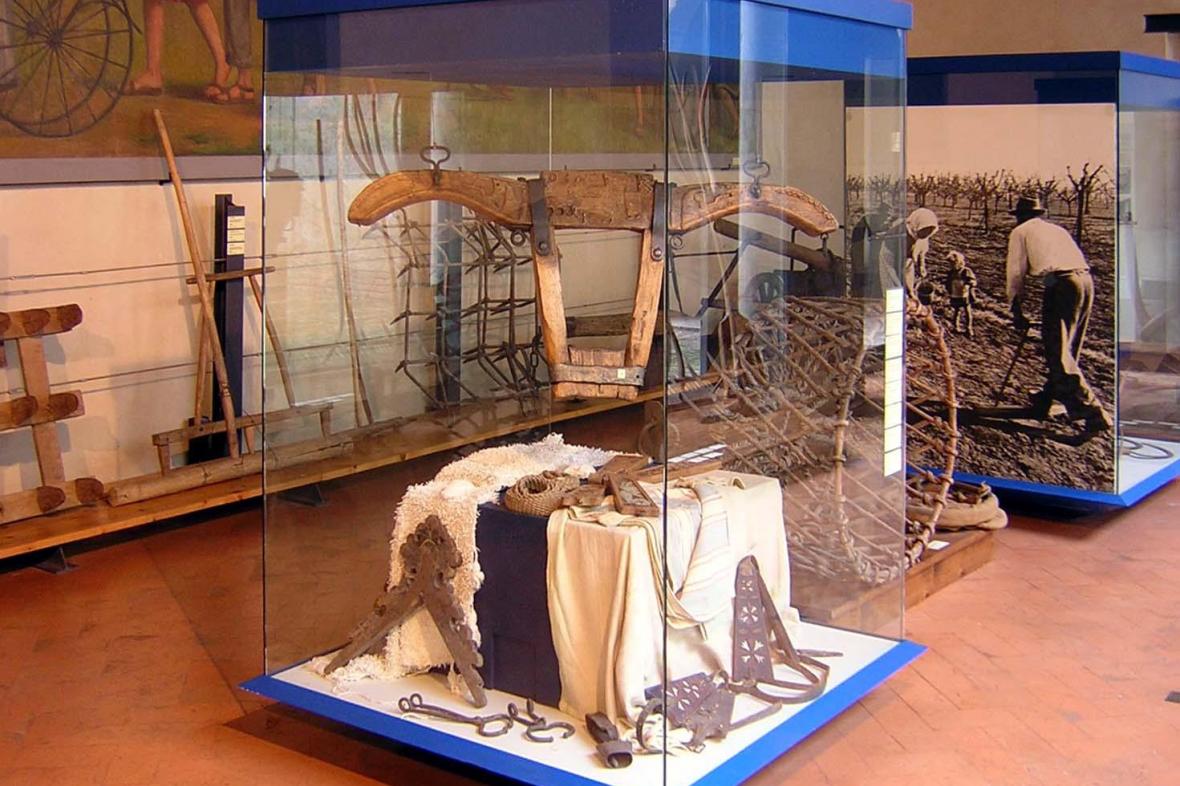 An overview of San Martino in Rio Car Museum. 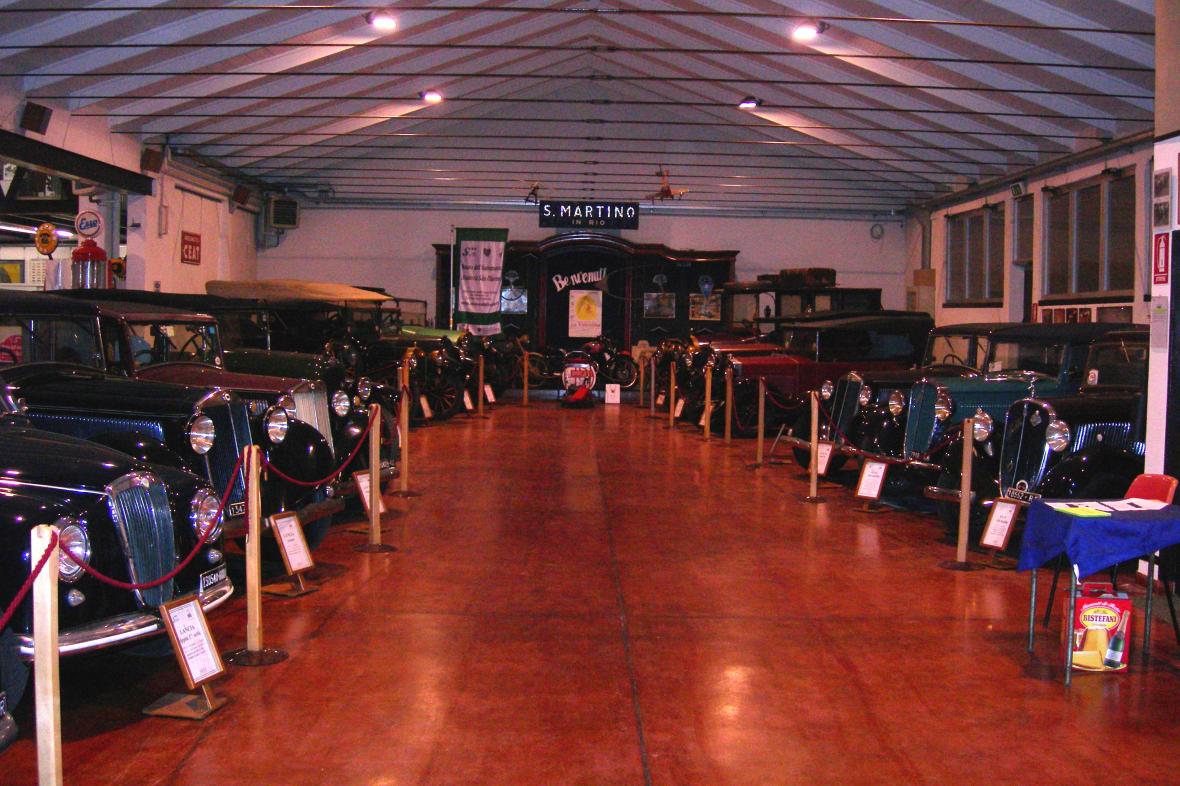