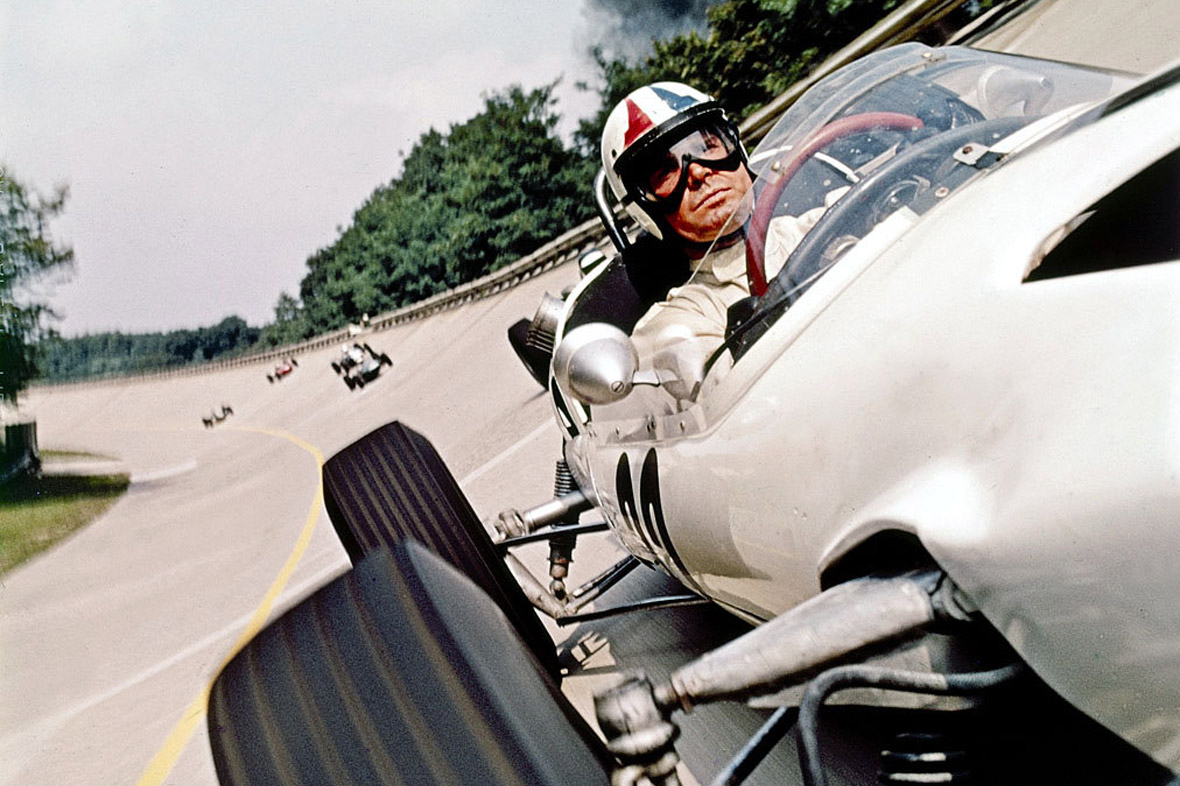 The discontinued historic high-speed racetrack becomes a set for the “Gran Prix” movie by John Frankenheimer made in 1966, winner of three Oscars.

In 1966 the cinema knocks on the door of the Monza racetrack. The historic high speed circuit built in 1922 and discontinued in 1955 becomes the set for the “Grand Prix” movie by John Frankenheimer. The storyline tells the parable of the fall and agonistic redemption of an imaginary U.S. Formula 1 racing driver.

In “Grand Prix” we see adrenaline highs, triumph, danger. To amplify the effect, Frankenheimer opens up to experimental shoots: many of the scenes are shot by mounting the cameras onto real racing single-seaters, driven by actual racers. It is precisely on the old banking at Monza that one of the most heated scenes is filmed, when one of the main characters loses control of his car, goes out of the racetrack and overturns. Thus, the historical banking of Monza makes its entrance into the history of cinema as well.