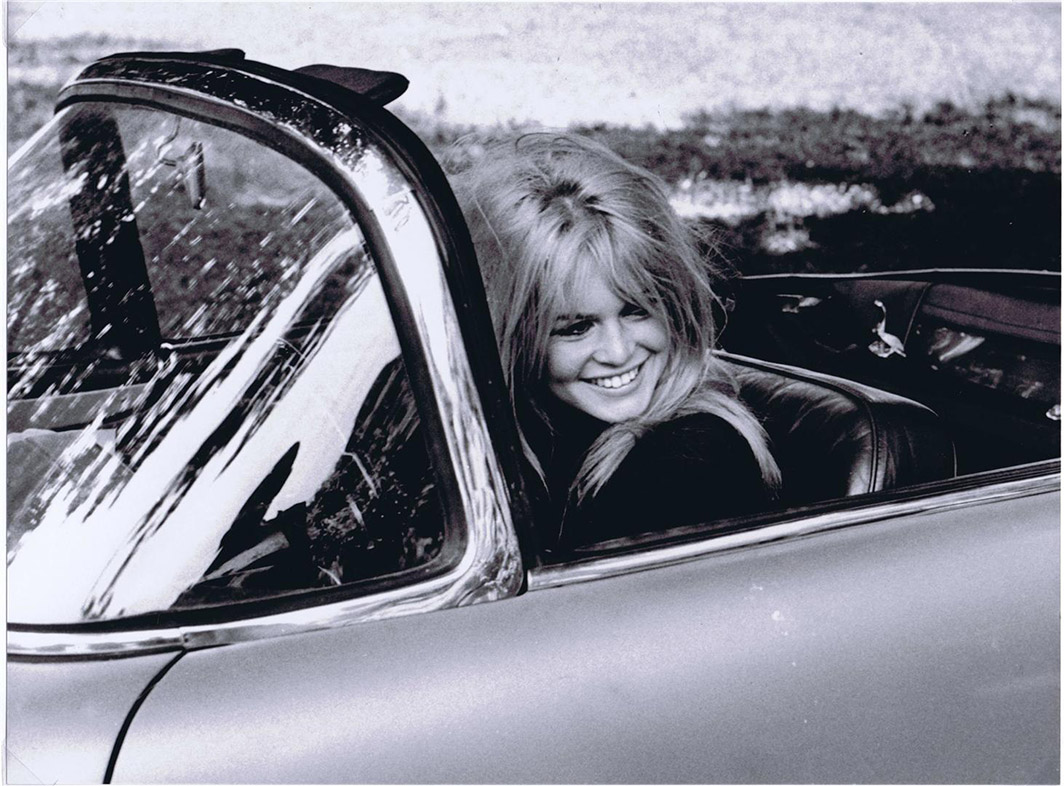 An overview of the Ferrari models most loved by cinema stars, from Marcello Mastroianni to Peter Sellers, exhibited at the Museo Enzo Ferrari in Modena for the exhibition called “Driving with the stars”.

The history of Ferrari is closely tied up with the world of cinema. In 2017 the Museo Enzo Ferrari in Modena launched “Driving with the stars”, an exhibition that takes us on a red-carpet glamour ride to discovery of celebrities’ most loved Ferrari models. Apart from musicians and Michelin-starred chefs, there are in fact many actors and film directors who owned a Ferrari or who used one in their own movies.

The starting point is the 250 GT LWB California Spider, created by Luigi Chinetti and Sergio Scaglietti as a spider version of the 250 GT for the American market. This car is associated with a young Brigitte Bardot and was used in the 1963 movie “The Contempt” (‘Le mépris’) by Jean-Luc Godard.

In 1966 the single-seater 312 F1, after having conquered a second place in the Constructors' Championship, becomes one of the main players in the movie “Grand Prix” by John Frankenheimer. Seen as a cult movie on racing with a lot of on-board footage, it is partly shot on location on the Monza racetrack, with Adolfo Celi as Enzo Ferrari.

Peter Sellers was also a big client of the Prancing Horse, as he owned three Ferrari. A photograph portrays him at the factory with a famous Dino 246 GT: this car features a V6 engine designed by Dino, Enzo Ferrari’s son, and a bodywork designed by Pininfarina. That light blue model was used by Sellers on and off the set. Marcello Mastroianni was struck by the 1967 365 GT 2+2, one of the most original 2+2 models. A revolutionary model which introduced the two extra passenger seats, air conditioning and power steering.

Finally, a special mention goes to the 599 GTB Fiorano, launched at the 2006 Geneva Motor Show. The interior is characterized by a mix of leather and carbon fiber, with F1-derived switch on the wheel, racing seats with monocoque backrest and lateral protection shells in carbon fiber. This model was chosen by Eddie Murphy, volcanic and multifaceted actor, who opted for a black version with black interiors: red might have been too banal!