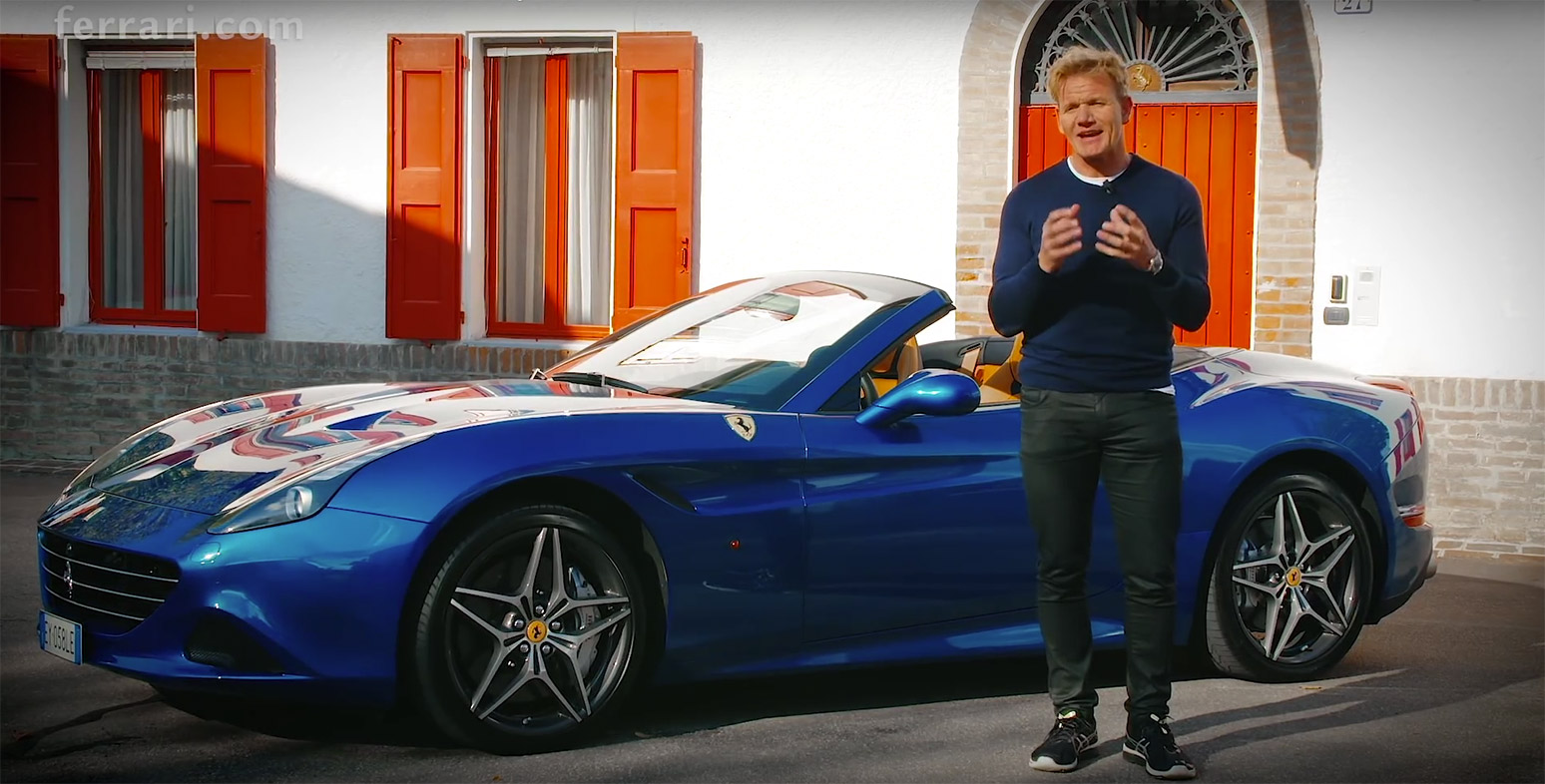 In 2017 the Enzo Ferrari Museum in Modena proposed “Driving with the stars”, an exhibition that takes us on a red-carpet glamour tour de force to discover the Ferrari models that celebrities love the most. Apart from actors, film directors and musicians, among the Prancing Horse enthusiasts there are two renowned chefs.

First of all, Joe Bastianich, entrepreneur in the Italian-American catering sector and famous TV personality born in New York from Istrian Italian parents. As a child, Bastianich dreamed of possessing a Ferrari. Now he lives in Greenwich, Connecticut, the same place where the historic Luigi Chinetti's dealership was inaugurated, the first Ferrari importer in the USA. The Ferrari that crowns the dream of Bastianich is the 365 GT 2+2, a vintage car also appreciated by Marcello Mastroianni. Designed in 1967, it was a revolutionary model as it featured two seats for passengers, air conditioning and power steering.

The Scottish chef Gordon Ramsay is also a big fan of Prancing Horse cars. A world-renowned Michelin-starred chef and TV personality, he has bought 15 Ferrari models. The latest jewel in his collection is a LaFerrari Aperta, white with black roof. One of the fundamental elements of this vehicle is the sophisticated wind-stop system, created to improve aerodynamic and acoustic comfort which permits the calm talking inside of the car even at high speeds. The LaFerrari Aperta was presented in September 2016 as a preview for the 70th anniversary of the company.