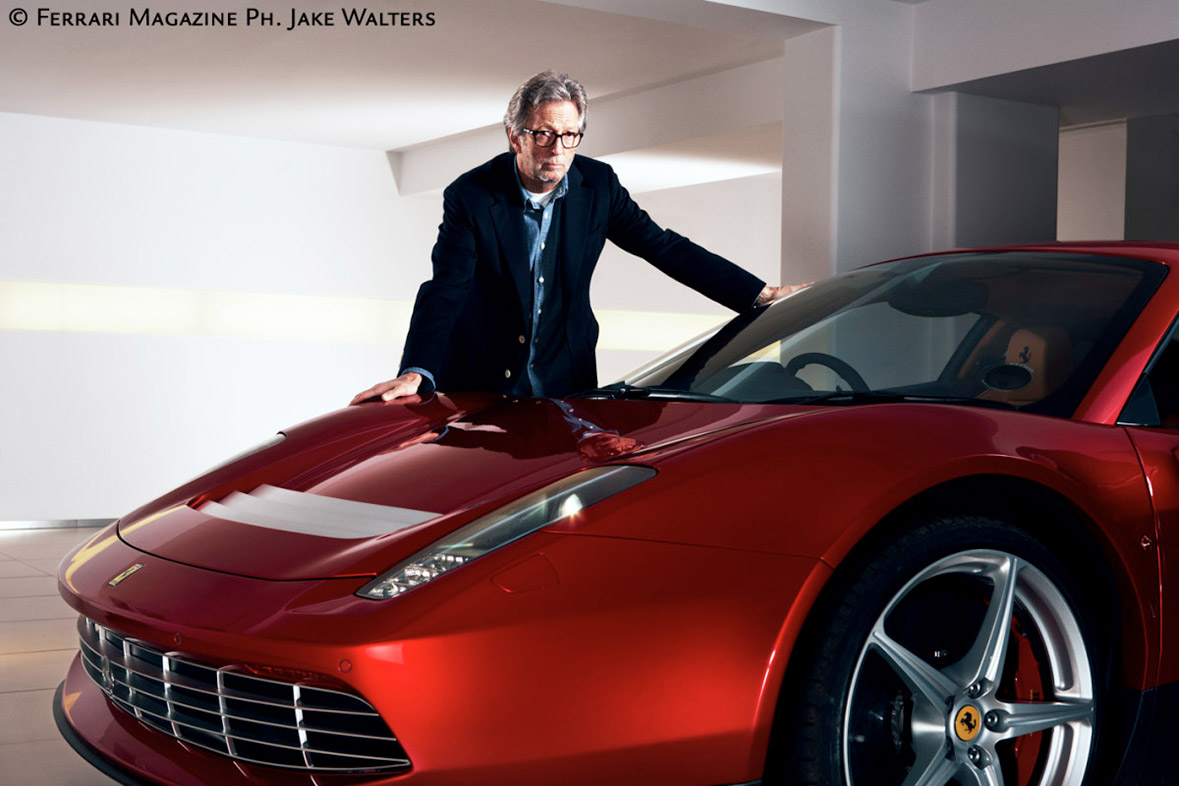 Jay Kay, John Lennon, Eric Clapton... all lucky owners of Ferrari cars. Their favourite models have been exhibited in the “Driving with the Stars” show at Museo Ferrari in Modena.

In 2017 the Museo Enzo Ferrari in Modena presented “Driving with the stars”, an exhibition that takes visitors on a discovery mission of celebrities’ most loved Ferrari cars in red carpet glamour style. Beyond actors, film directors and Michelin-starred chefs, there are a lot of musicians who fell in love with the Prancing Horse.

The great jazz musician Miles Davies owned four Ferrari cars: a 250 California Spider, a 250 GT Lusso, a 275 GTB/4 and a Testarossa. His was a real passion, not for mere appearances’ sake. In fact, he declared that he drove Ferrari cars not because they were beautiful cars but because he felt literally conquered by them. It is also being said that his inspiration for the lyrics contained in “Miles Smiles”, “Sorcerer”, and “Nefertiti” came to him while he was at the wheel of his 275.

Nick Mason, Pink Floyd drummer and known sports car fan, favoured the F40, real and proper manifesto of the modern supercar. Made in 1987, it is a spartan model and has no particular on-board features, apart from air conditioning. All of the exemplars were sold as they became available: collectors raced to purchase one of them and quotes reached breathtaking figures, equal to today's 1,000,000 Euro.

John Lennon was equally bewitched by Ferrari, and specifically by the grace and precision of the 330 GT 2+2 model designed by Pininfarina. Lennon bought one as soon as he got his license aged 25, and the story behind his purchase is very original. It is said that, as soon as the newspapers reported the news of  him getting his license, all the luxury car salesmen parked their best cars on his avenue in Weybridge. The musician, already father of little Julian (only 22 months old), chose the 330 GT – in an unprecedented light blue colour - because it was the perfect mix of comfort and performance.

Back to (nearly) present day, Eric Clapton’s case is one of a kind, when he was rewarded as special client through a programme called One Off Ferrari. Having bought three 512 BB models over the years, in 2012 the guitarist had the chance to receive a one-off tailor-made car: the SP12 EC. Clapton said that following the project and the development of his car step by step was “like having a giant white canvas on which to paint”.

And finally, it's impossible not to mention Jay Kay. The charismatic Jamiroquai singer is the lucky owner of a LaFerrari model, presented in 2013 and produced in only 499 exemplars. The name says everything, in fact the number of orders was more than double than the number of the available units. LaFerrari is the first hybrid of the Prancing Horse carmaker and embodies the technological innovation, the performance, the futuristic style and the typical driving emotions of the cars made in Maranello. Jay Kay loves Ferrari so much that he owns ten Prancing Horse models, and chose the colour green for his new Ferrari: a shade he must really love, since among his Ferrari cars there is also a black Enzo with green leather interiors … racing green or eco-green?