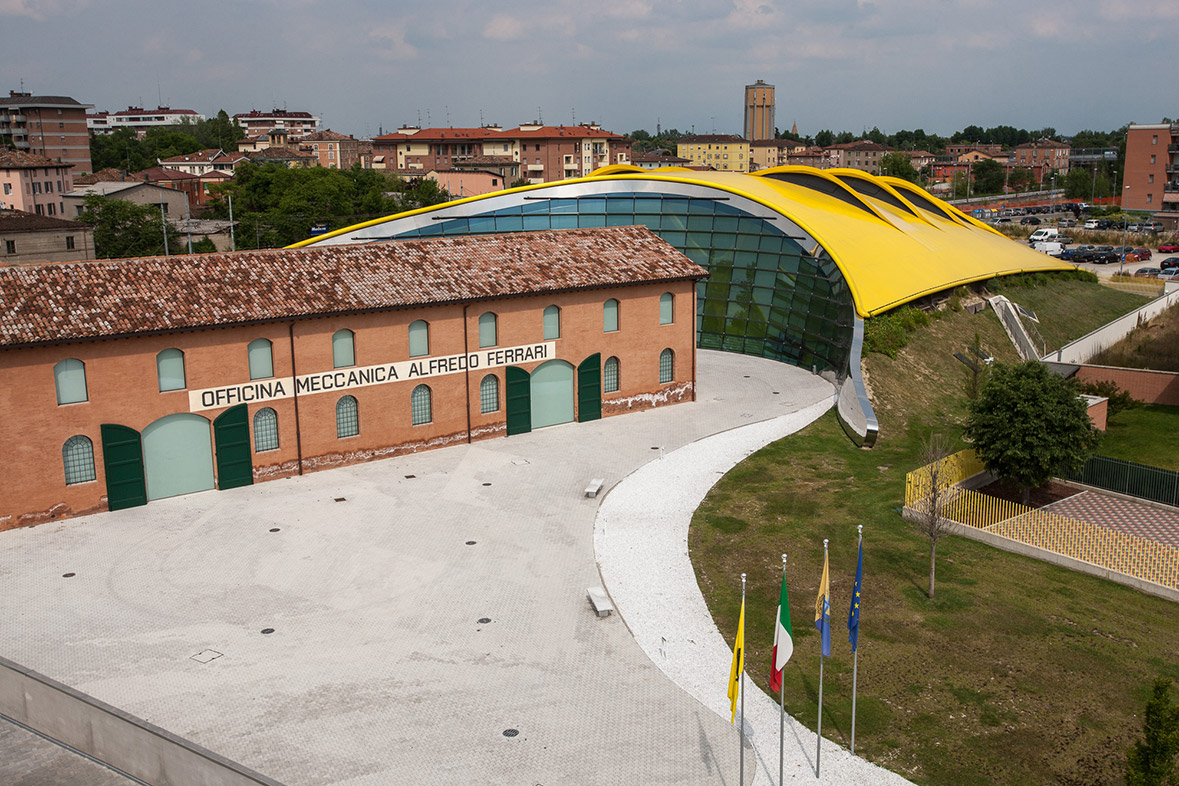 The Enzo Ferrari Museum opened in Modena in 2012 using the two spaces: his birth home and his father's historic workshop, as well as a futuristic structure in the shape of a yellow hood.

A few years ago, those who reached Modena by train could see a giant curving structure taking shape near the station. That shape is now the Enzo Ferrari Museum: a space of 2,500 sqm covered by a big hood designed by Jan Kaplicky and Andrea Morgante. It was opened in 2012.

The hood is integrated in the futuristic structure, which respects the principles of environmental sustainability. By using a system of assemblage developed in conjunction with the nautical sector, the structure is made up of aluminium slats with a double curvature. On the surface there are skylights to allow for natural light, diffused by a translucent membrane. The big window that works as entrance is also curvilinear, following the sinuousness of the entire structure. On the outside, the canary yellow colour gleams and glistens: it is the colour of Modena, and it has always been on the background of the Prancing Horse logo. Inside the racing red of the historical Ferrari cars shimmers boldly.

Under the hood, in a totally white space, important exemplars of Ferrari cars are exhibited. One immersive and involving multi-projection runs along 90 years of Enzo Ferrari’s life, telling the story of a child who discovered the magic of the races in the early 1900s, became a racing driver and ultimately the constructor who turned a car into a work of art and achieved great  successes. Several themed exhibitions are cyclically set up: for example, 2017 has been the year of “Driving with the Stars”, a journey among the Ferrari cars owned by celebrities, from musicians to Michelin-starred chefs, not to mention actors and film directors.

The tribute to the Drake continues in the adjacent building: Enzo's birth home, the historic site of his father Alfredo’s mechanic workshop. Apart from reconstructing environments, the Museum of Ferrari Engines takes form. A promenade into history with a particular attention to innovation. In fact, it is a total immersion into the spirit of Ferrari.