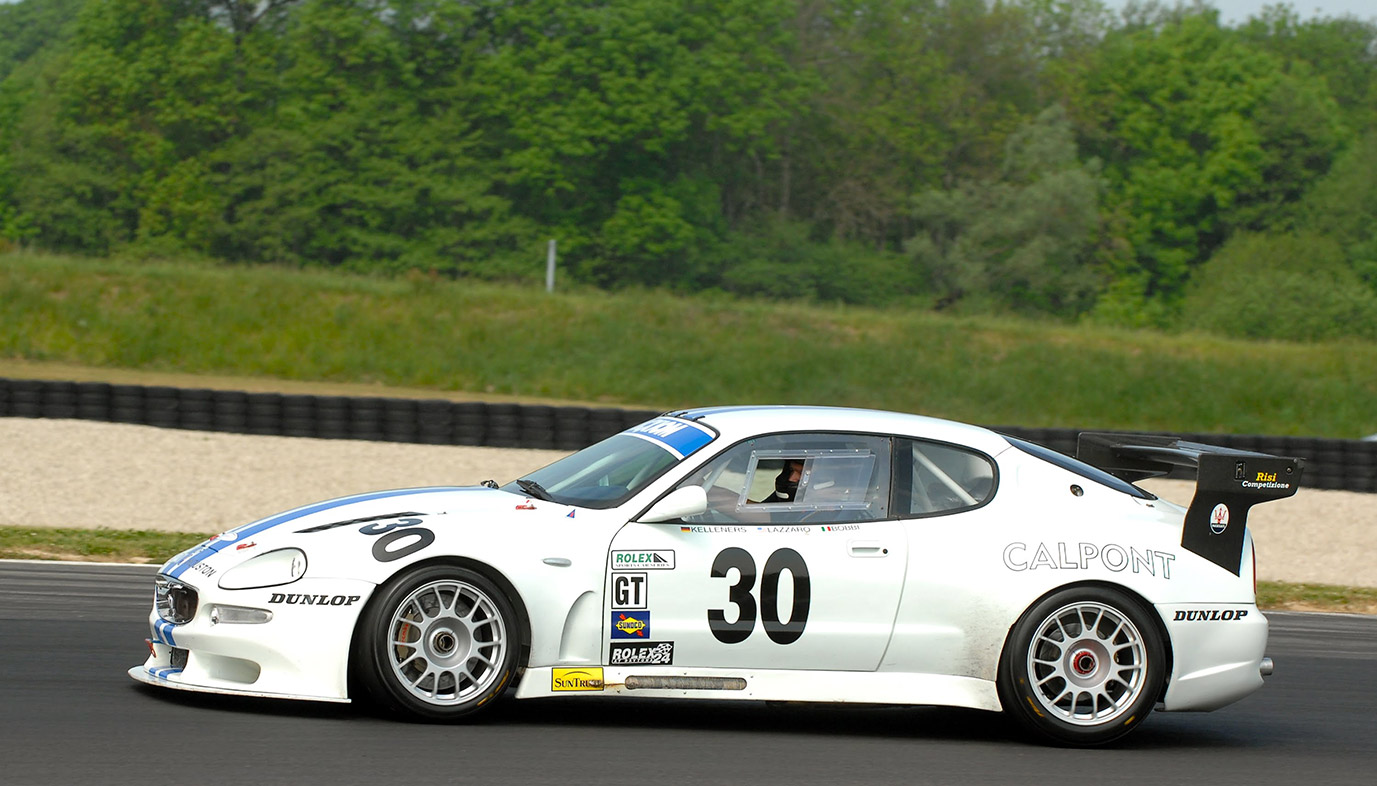 In 2004 Maserati returned to the world of races with a line-up of two MC12 in the FIA GT championship: Trident recommences bringing home victories.

5th September 2004, Imola circuit, FIA GT championship. Maserati officially returned to the races after its long break since 1958 caused by financial crisis owed to the overthrow of Peròn, in Argentina. The Trident deployed an MC12 model on the racetrack, with Andrea Bertolini and Mika Salo as drivers.

Starting from the last race of the season, once the FIA has had the MC12 performances under observation, the cars were authorised to earn points. Therefore, Maserati could earn points in the constructors’ championship. That same year the MC12 achieved two victories in Oschersleben and Zhuhai.

Since its official return, Maserati has raced with the MC12 not only in the FIA GT, but also in the America Le Mans Series and in the Italian GT Championship. Between 2004 and 2009, the Maserati MC12 deployed by AF races, JMB Racing, Playteam, Racing Box, Triple-H Racing, Vitaphone Racing Team have won overall 21 races of the FIA GT championship. among them, the Tourist Trophy at Silverstone, the most famous English endurance race, which Maserati had never managed to win before.

During the years after its return to racing, the Trident has deployed the Superstars versions of the Maserati Quattroporte. In 2011 this programme was crowned by Andrea Bertolini’s victory in the International Superstars Series. In 2012 the Quattroporte Superstars – mostly driven by F1 drivers like Mika Salo, Christian Fittipaldi and Johnny Herbert – achieved victory in the Budapest race with Christian Klein.