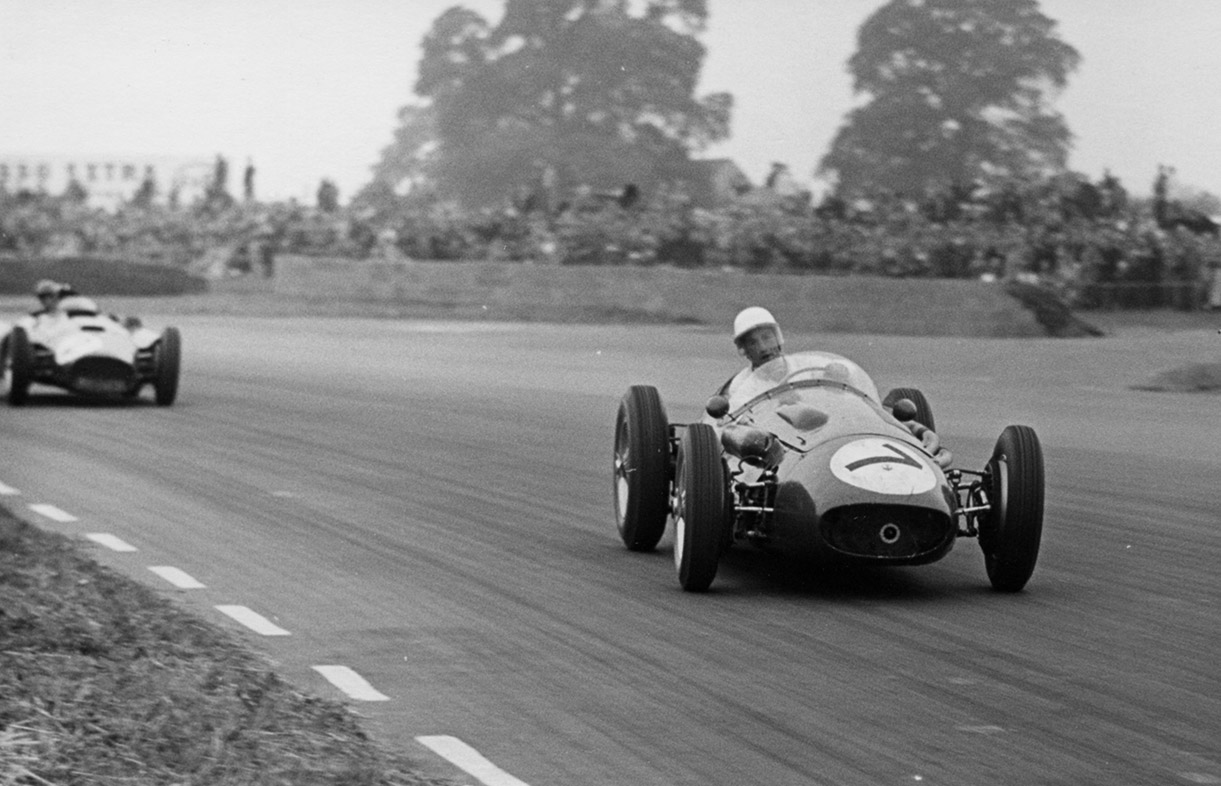 Racing driver Manuel Fangio has won he most races in F1: from the first one in Monza in 1953 to the Drivers' Championship of 1957.

Maserati’s first success in F1 is owed to Argentine racing driver Manuel Fangio, one of the Trident's most important drivers. On the 13 September 1953 Fangio wons the Italian Grand Prix on the Monza racetrack, driving a Maserati A6GCM: it was also his first victory with the Modena carmaker. The race was almost over, and ended on the very last bend after a tight duel with Alberto Ascari and Nino Farina.

In its history, Maserati has taken part in a total of 69 Grand Prix of the F1 World Championship obtaining nine victories, ten pole positions and fifteen fastest laps. Seven of the nine victories actually bear the signature of Fangio, while the remaining ones are due to Stirling Moss. If you exclude the first win in 1953, with the A6GCM single-seater, all the others have been achieved with the 250F.

The association between Fangio and Maserati was memorable also because of the poker of successes in 1957, when racing driver and Trident climbed onto the higher step of the podium in Buenos Aires, Montecarlo, Rouen-Ies-Essarts and the Nürburgring. It was the year in which Fangio and Maserati won the Drivers' World Championship, before the Modena carmaker was forced to retire from races.