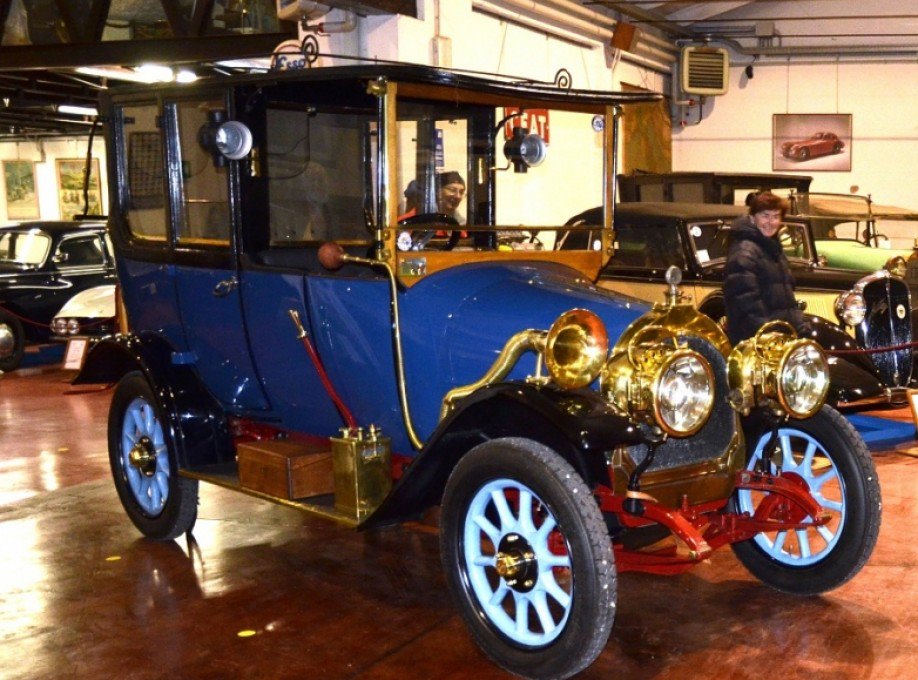 In 1966, the Museum of the Automobile in San Martino in Rio was officially established: among the models exhibited today, there is also a Ford T and a Fiat 508 Balilla.

It took 10 years for Domenico Gentili’s collection of historic cars, enriched by Emilio “Barighin” Storchi Fermi, to become a structured museum. The first cars from the 1920s and 30s - simply called “scraps” at the time - began to arrive at San Martino in Rio in 1956, thanks to Gentili and the fortuity of life. The town soon became an important collector’s hub, and pieces continued to be added to the collection. Soon, this was no longer an amateur hobby: it was clear that something new was emerging.

The first move towards the creation of a real museum occurred in 1963. The San Martino municipal administration approved the project of a 1,000-square meter covered warehouse to accommodate the collection, which had until then been scattered over several areas. The official transfer took place in 1966, when Barighin and his companions brought about one hundred old cars, motorcycles, bicycles, carriages, and wagons. There they were, all the vehicles collected from all around Italy with patience and a pinch of madness during the previous years. To continue collecting the vehicles, the Scuderia (department dedicated to racing cars) was then established in San Martino, and the Museum was finally inaugurated.

Yet, as one knows, sometimes it’s not all fun and games. When in 1975 Barighin, the soul of the project, passed away suddenly, it seemed as if the museum were to close. Already reduced in size, partly sold to a workshop, it began to empty, and several pieces were transferred to Panzano, in the province of Modena. But Barighin’s heirs hung in there and, with them, Vittorio Vincenzi, nicknamed “Vic”, creator of the symbol of the Museum and the Scuderia, and just the person to continue the legacy left behind by Barighin.

In 1981, the space that was freed by the workshop was blocked by the members and the Museum managed to return to life. Today, it exhibits about forty vehicles among cars, motorcycles, and bikes, representing the evolution of the mechanical medium over time.