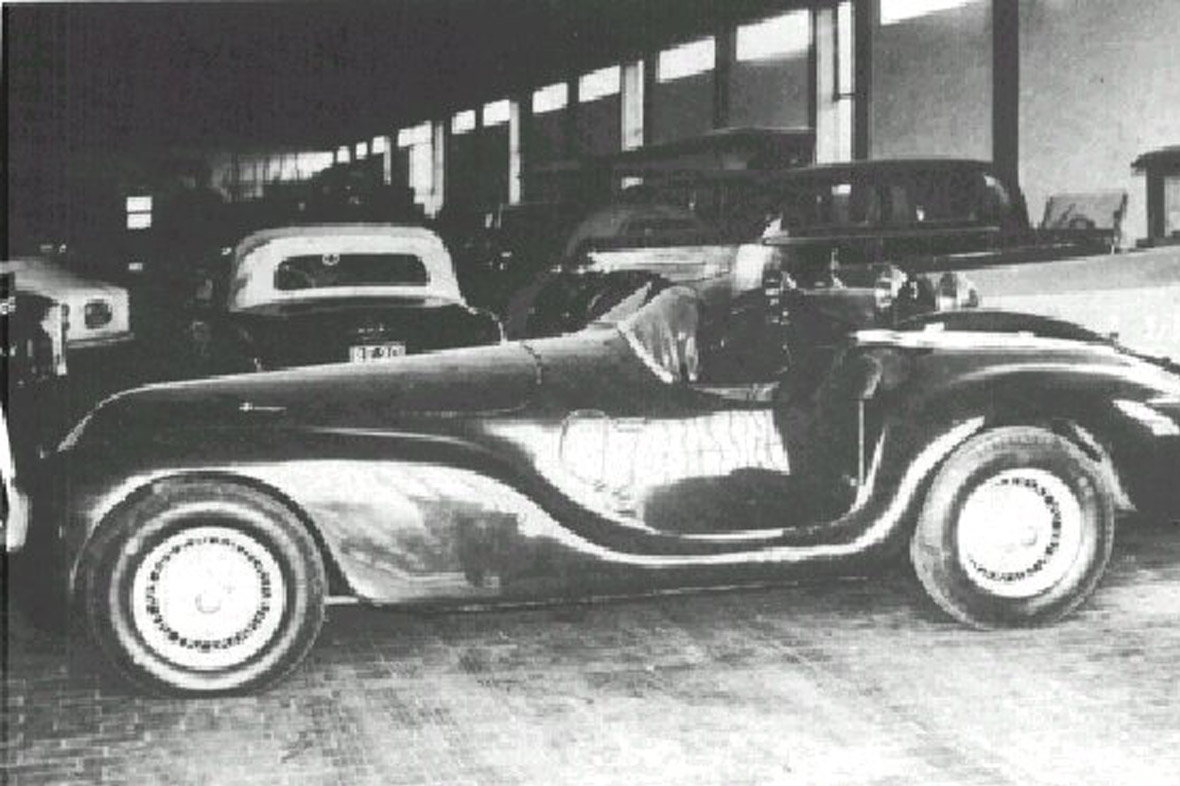 In 1958, Barighin brought a model of the Auto Avio 815 to San Martino in Rio. The first car built by Enzo Ferrari in 1940, but still without the famous Prancing Horse.

Among all the cars that Emilio Storchi Fermi, nicknamed “Barighin”, managed to bring to San Martino in Rio to enrich Domenico Gentili’s collection, there is one that must be remembered. This is the Auto Avio 815, the first model built by Enzo Ferrari.

It was 1958 when this great occasion occurred. For two years, Barighin had been running around Italy in search of “scraps”, cars, and car parts to purchase. However, in this case, it was the Auto Avio 815 that sought him: precisely, with a phone call from his friend in San Martino, Bruno Giovanelli, who had gone to Milan for work.

In his dialect, Giovanelli recounted: “A ghè ‘na machina, i disen c’l’è ‘na Ferari, mo lan ga mia al Cavalein e la ga un nomer davanti” - "There's a car. They say it's a Ferrari, but it doesn't have the Horse on it. It has a number on the front". Barighin did not have to hear it repeated twice and left for Milan as fast as a rocket, wearing his good suit.

When he went to meet the junk yard owner, he discovered that the mysterious “Ferrari without the Horse” was not for sale, but was set aside to recover the aluminum from the bodywork. Barighin then offered to buy it by weight, paying it as if it were all made of aluminum. In front of such an offer, the junk yard owner accepted, and Barighin took home his prize, which remained in San Martino in Rio until 1976, when it then became part of the Righini Collection.