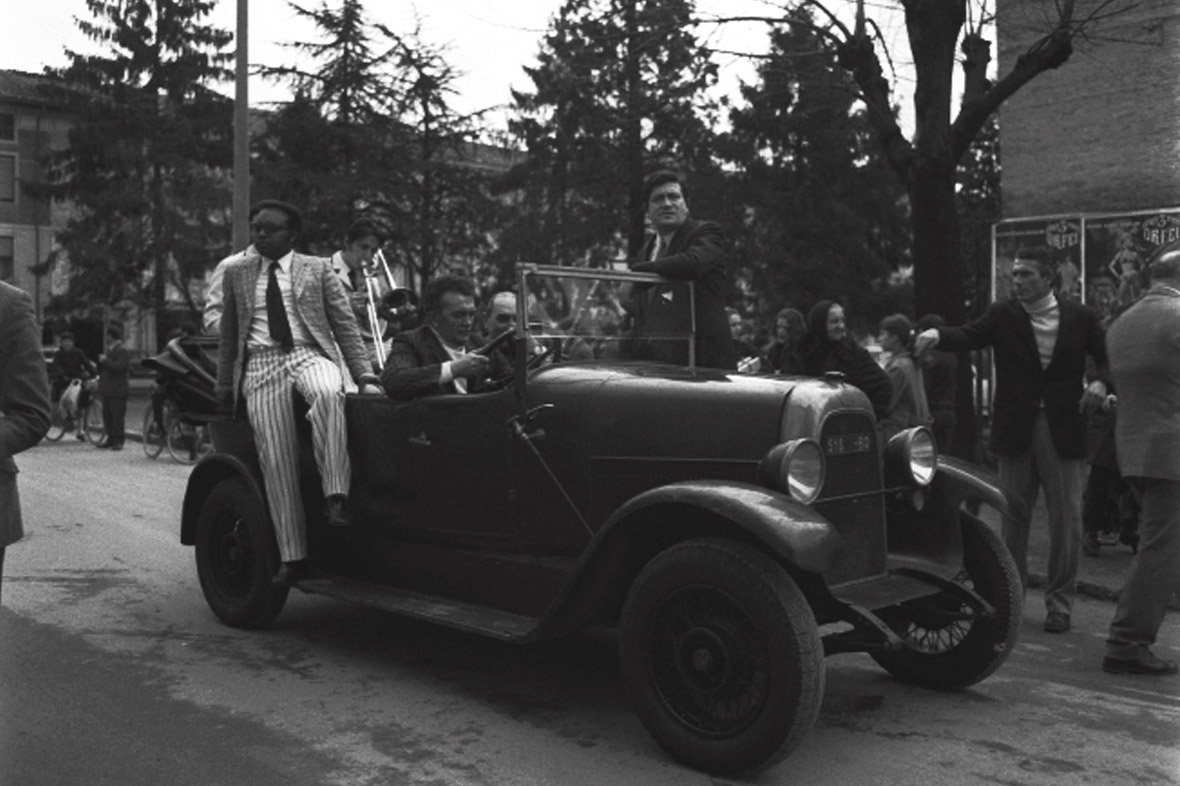 In 1956, Domenico Gentili transferred his “scrap collection” to San Martino in Rio: old cars destined to become an historical collection.

Until 1956, the quiet town of San Martino in Rio had nothing to do with motors or collectables. It was the vicissitudes of life that brought a collection of vintage cars and body parts here, destined to become the first nucleus of the historic Museum of the Automobile.

Everything started with the passion for collecting that the Bologna-born Domenico Gentili began having when he was just over twenty. Gentili would travel Italy, collect “scraps”, and bring them home. More precisely, in the courtyards and under the canopies of his company, the Panigal soap factory of Borgo Panigale, at the outskirts of Bologna.

In 1956, his amateur collection became too big for the company, so two people came to his aid. Giulio Campari, the owner of Campari & Co. - associated with Panigal through a contract for the supply of animal fat - offered Gentili room on his premises. His friend, Emilio Storchi Fermi, known as Barighin, offered him his collaboration to expand the collection.

Gentili’s vintage cars began to arrive in San Martino in Rio. They were cars and bodies from the ‘20s and ‘30s, with license plates bearing the names of distant cities, such as Naples, Palermo, Lecce, and Siracusa (Syracuse). Sometimes, they were just scraps. Other times, they were legendary pieces. One among many was the Auto Avio 815 bought by Barighin: the first car built by Enzo Ferrari in Modena.

San Martino in Rio, therefore, became an important collection center in a short period of time. The collection, which was scattered across several areas, could become more structured through sales and exchanges with other collectors. These were the first steps towards a real institution: the historic Museum of the Automobile, which still exists today.