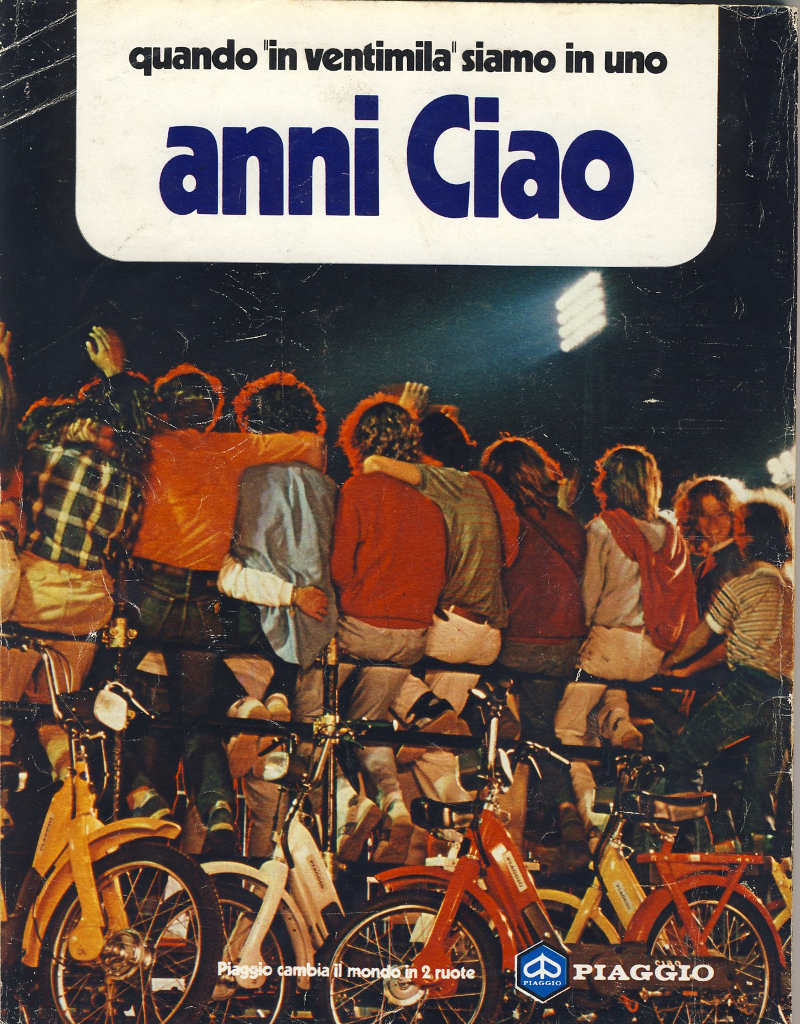 For Piaggio, the Ciao is a symbol of rebirth after the flood of 1966.

If the Vespa is a symbol of rebirth after the war for Piaggio, following an ingenious conversion of the war and aeronautical industry, there is also a second “resurrection” in the company’s history.

After the floods of 1966, Pontedera and its plant were on their knees again. Water and mud level the extreme social upheaval which had previously characterised life at the factory, and had also signposted a period of standstill in production.

The tangible sign of rebirth after the floods was recognisable in September 1967, when there was a second lucky invention. Namely the Ciao motorcycle, launched on the market ten months after the disaster and immediately meeting with success.

In fact, if we associate the economic boom with the Vespa, women at the wheel and the carefree “Roman Holidays”, the Ciao actually becomes a point of reference for young people and a symbol of the search for freedom that permeated the 70’s.