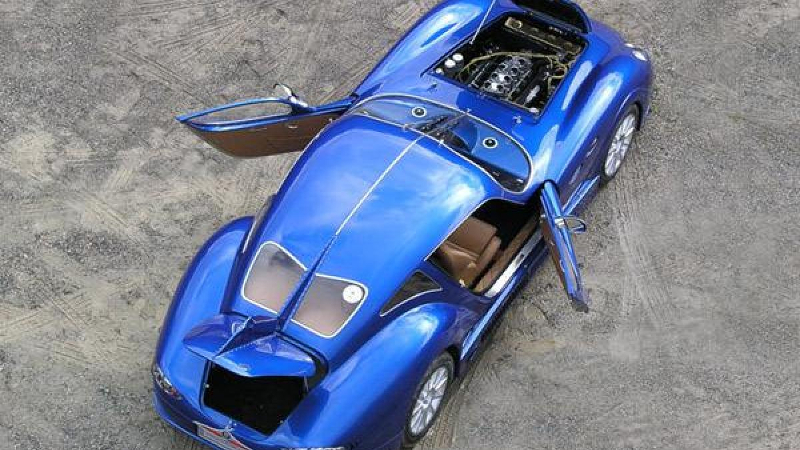 In 2002 Luca Mazzanti plants the seed from which Mazzanti Automobiles is born, an organisation which builds exclusive supercars made to measure for its clients.

When he was a child, Luca Mazzanti did not want to be a doctor or an astronaut, but dreamed of building cars. Once he became a young man, he began to gain field experience and knowledge. In short, he felt like “getting his hands dirty”. His goal was to create tailor-made automobiles, and started by transforming existing bodyworks.

Luca Mazzanti was not on his own in this venture. Initially, he associated with Walter Faralli and they set up the F&M in the historical atelier Faralli Restauri of Pontedera. It was 2002 and the seed of future Mazzanti Automobiles had been sown. Their objective was clear, “to give the vehicle the right value, in a world that is dominated by too many rules, conformity and lack of imagination.” As they confirmed themselves, they wanted to go from providing an aesthetic vehicle/object to use out of necessity to a vehicle/object that is “protagonist wherever it goes”.

Craftmanship, tailoring, knowledge, and supercars made to measure are nowadays the pillars on which Mazzanti Automobili bases its creations. Making few cars, crafted down to the last detail, amongst which the famous Evantra, the feather in the cap of production. And at the root of it is the satisfaction of a man, who is the “creator of his own good luck”. The Tuscan interpreter of a work ethic which remembers Enzo Ferrari’s own, in which the cool calculation of his own actions meets with talent and passion.

Today Mazzanti Automobili has a limited and tight number of direct collaborators, highly specialised and capable of taking on their own workload inside the whole production process. Overall, without forgetting the tight bond with the area itself, the Valdera, headquarters of most of the suppliers who continue to make this dream come true.