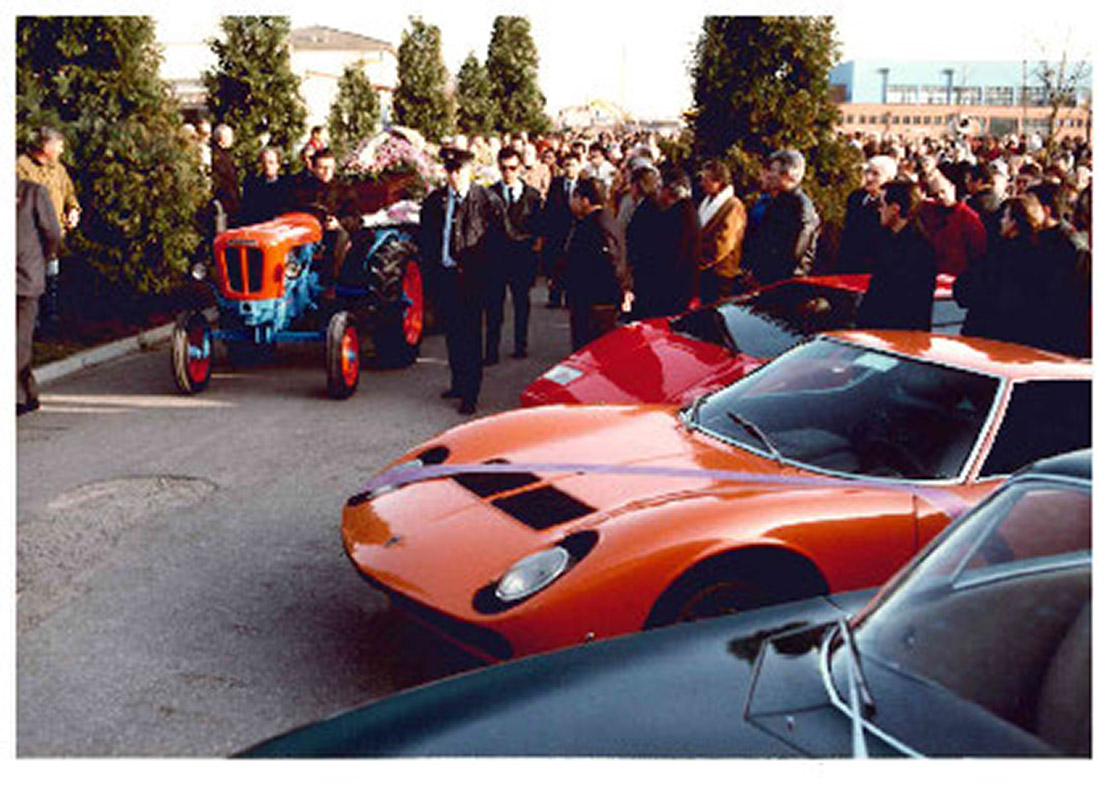 In 1993, 30 years after the birth of the Lamborghini company, its founder Ferruccio passed away: but his creation is still there, in spite of the difficulties.

On the death of Ferruccio Lamborghini, founder of the “House of the Bull”,  his coffin was paraded through Sant'Agata Bolognese to the cemetery on board a tractor. It is February 1993, the same year as the Lamborghini company celebrates 30 years in business.

From the sale of the plant in 1974, due to force majeure, a lot of water has flowed under the bridge. After the first successes of the 1960s, the following decade opened up in difficulty, while the lucky Countach model ensured a "navigation by sight". Bankruptcy itself, however, came in 1981. The French Mimran took over the company and, thanks to large financial resources, guided the Lamborghini through the 1980s, partially raising its luck.

In 1988 the “House of the Bull” entered for a short period in F1 with the "Lamborghini Engineering" team with engineer Mauro Forghieri as technical director. The activities in the production of marine engines for racing achieved greater success, and led to a good collaboration with the Spirit of Norway team.

As a result of a series of withdrawals to foreign owners, at times less inclined to fully understand the Lamborghini spirit, the Bull slowly rose from its ashes. And in a way, it remained true to himself because the factories were still in Sant'Agata Bolognese, the city that has never forgotten its hero and his pursuit of the perfect car: Ferruccio Lamborghini.