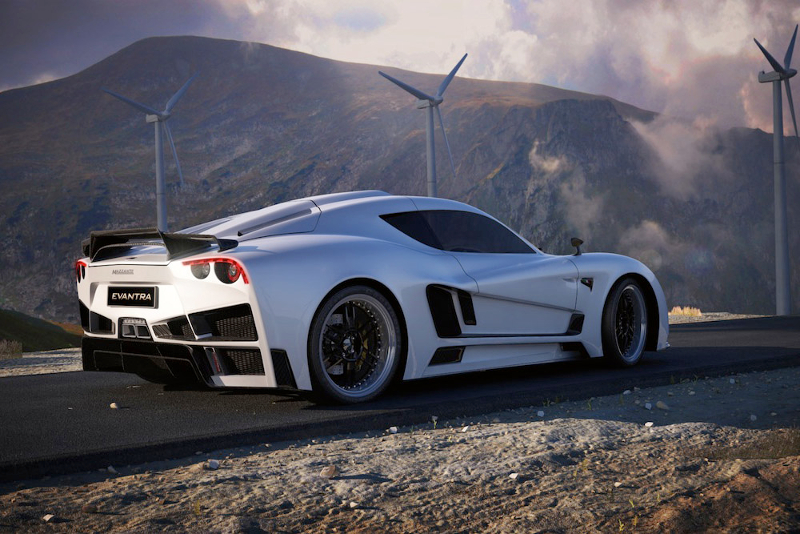 Evantra production began in 2013, the making of the handmade supercar by Mazzanti Automobili, with only five exemplars produced per year.

After the experiments carried out by Antas and Vulca, for Mazzanti Automobili the time has come to think about making an exclusive supercar, designed with the same craftmanship that has driven the company from day one. 2013 is Evantra’s moment to shine and is the last gem of a journey side by side with Pontedera.

Evantra bears the signature of Luca Mazzani and of the chief designer Zsolt Tárnok. The challenge is to reconcile the shapes of the 50’s and 60’s with new elements, combining aggressiveness and control, high levels of craftmanship and technology. The final objective is to create a supercar with a definitive stylistic identity, unconnected to market logic and mass-induced dictatorialness.

The sinuous lines, soft surfaces and shape of mud guards are reminiscent of those of classical vehicles, while the shape of LED headlights and the insertion of the clean cuts are reminiscent of the modern style of the times. At the root of it is the wish to go with the times without wanting to satisfy an immediate clear need. But above all, there is the desire to remain exclusive, not only in the style of the production but also in number, with just 5 exemplars built each year.