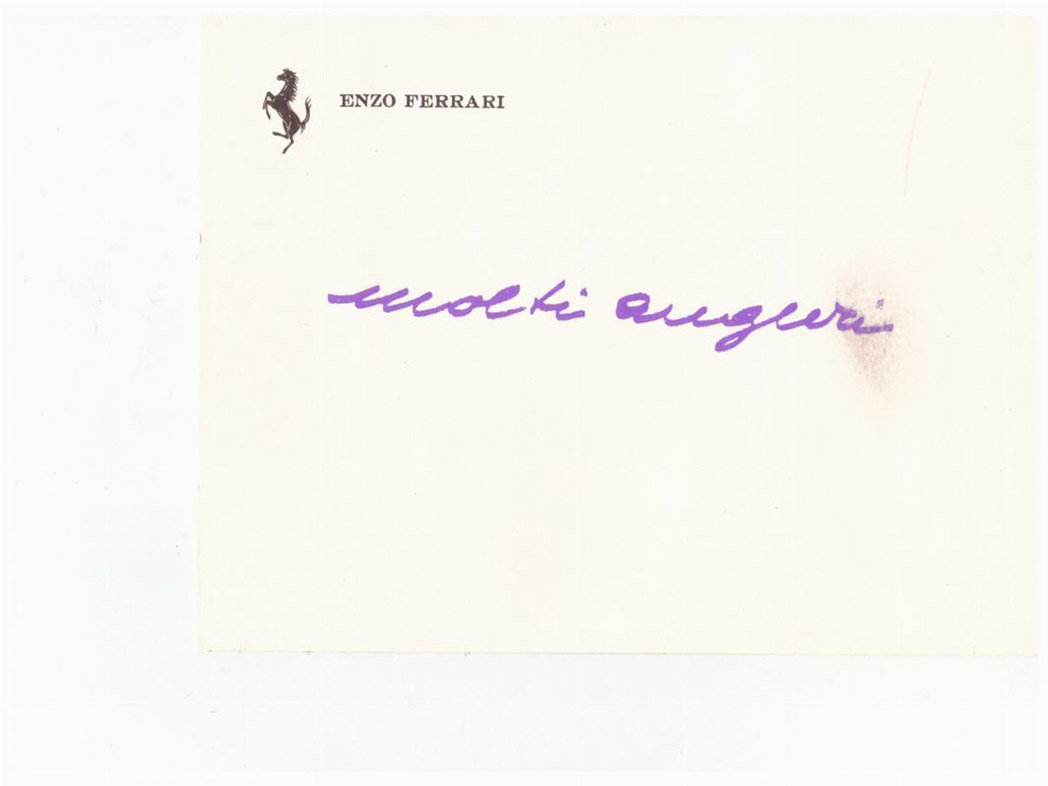 Among the peculiarities of Enzo Ferrari there’s also his choice to use only purple ink for his written correspondence: a tender memory relating to his father Alfredo.

He always wore a pair of sunglasses. He never went in a lift. He never took a holiday and stayed at work until late in the night. He would often talk to his friends and employees in Modenese dialect. There are many anecdotes about Enzo Ferrari, a man with a unique character. Among the elements that have always described him, there’s also his particular choice in matters calligraphy ink.

For his written communications, Enzo Ferrari only ever used a fountain pen with purple ink. In fact, this colour rightfully fits among those connected to the Commander after the “racing red” of his automobiles and the yellow background of the Prancing Horse, Modena’s colour. However, Enzo Ferrari’s connection to purple has deep roots and is related to his memory of documents belonged to his father, Alfredo Ferrari.

“My father wrote his letters by first making a mark on the back of the envelopes of the letters he received. - as Enzo Ferrari himself explained. – Then he would type his letters with his small Royal typewriter and sign them with a copying pencil. He would then diligently keep a copy of everything in the branded letterbook. It’s a kind of photocopy “ante litteram” obtained by using a little printing press. The text and the signature on the duplicates would appear in a rich purple colour. My memory of that turned my loyalties to purple.“