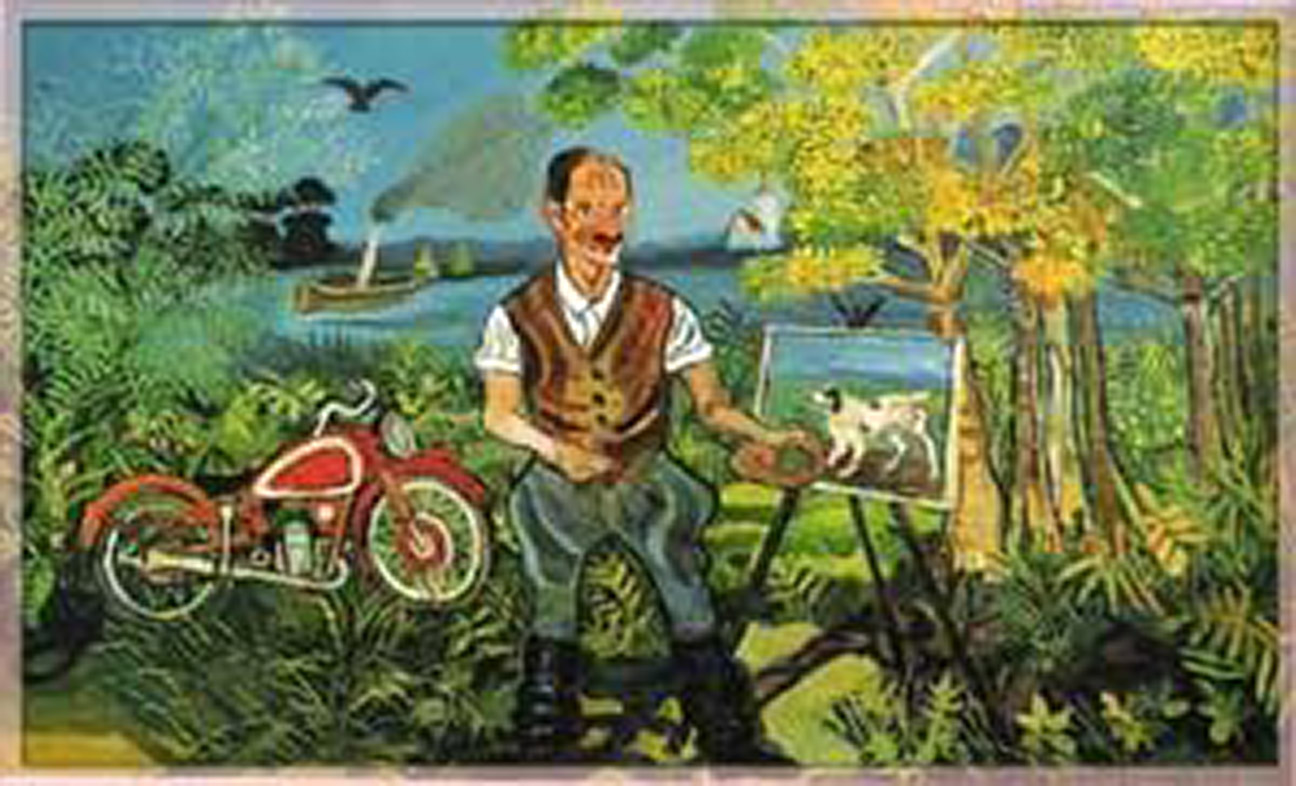 Antonio Ligabue is one of the artists who are mainly associated with Moto Guzzi and, like him, a few futuristic painters have immortalized Mandello’s motorcycles in their artwork.

“When he was in despair and without a woman he would climb on the motorcycle and defy the fog in the paths alongside the countryside... because the crackling and hot cylinder head of the Guzzi was the only consolation he had against the cold of winter and the world’s inscrutable hostility.”

This is the image Edmondo Berselli has left us about Antonio Ligabue, the naif painter originally from Zurich. Expelled from Switzerland when aged 20, affected by nervous disorders and episodes of psychic instability, in 1919 he moved to Gualtieri, in the Emilia-Romagna region. Here he began to paint. With the first money he had earned from selling some of his paintings, Ligabue bought an old red Guzzi motorcycle on which he explored the lowlands of the province of Reggio Emilia. On his back he carried the paintings tied on and ready to show and sell to rich land owners in the area.

Apart from Antonio Ligabue, other artists also incorporate the lines of Moto Guzzi in their artwork. Among these, some futuristic painters who, as we know, often associate their art with the concept of modernity and speed. Leonardo Papasogli, Mino Lo Savio, Fortunato Depero and Paolo de Cuarto have also contributed to bringing Guzzi legend to the canvas.