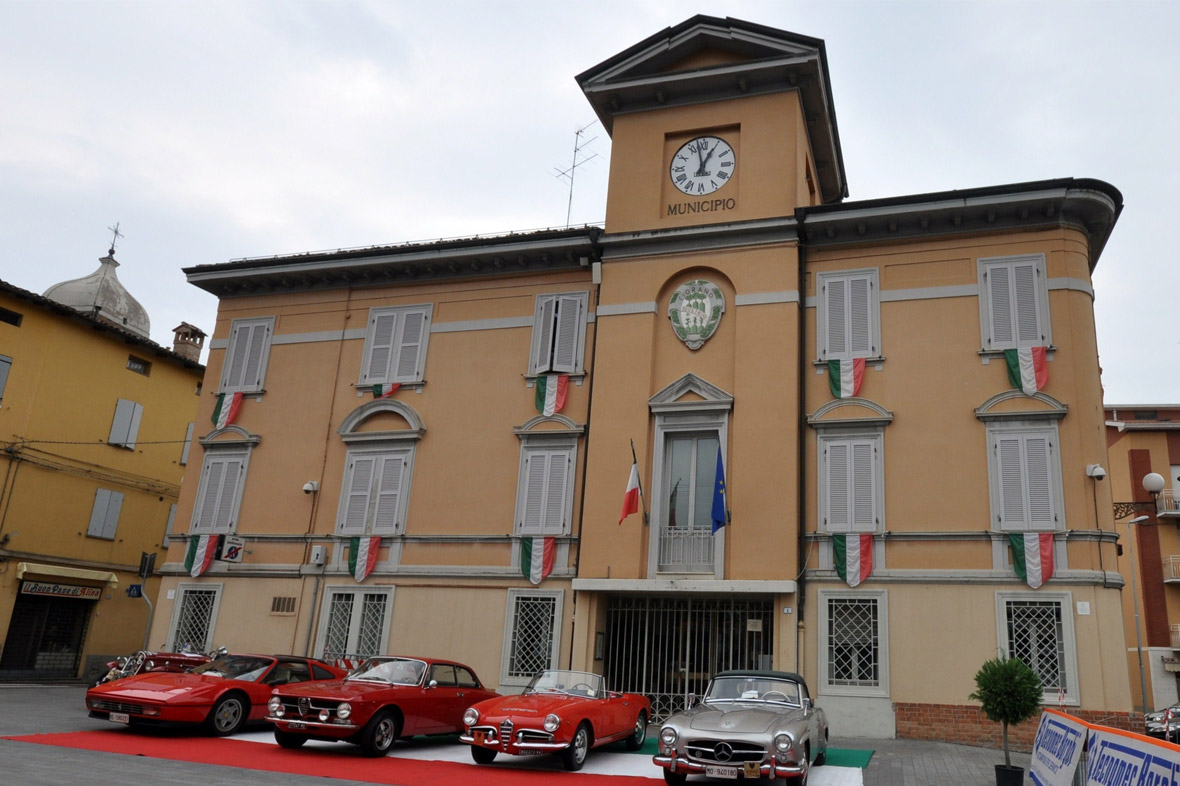 Since 1995 Fiorano has been holding an annual gathering of historic cars along with a tour of the main destinations in the area, including the famous Ferrari racetrack.

To celebrate the bond between the city and the engine world, Fiorano organises a big meeting of historic cars every weekend during the month of September. The very fist meeting took place on Sunday, 3rd September 1995: since then, the event has been consolidated not only by involving Fiorano and its surroundings, but especially by summoning enthusiasts from all around Italy and abroad.

The annual meeting is organised by the president of Tecnomec, Gianfranco Borghi, with the assistance of his sons Alessandro and Emanuele, a staff of collaborators, the C.A.M.E.R. and the municipal administration. The requirement for being admitted to the meeting is simple: every participant is required to arrive aboard a historic car that is at least 30 years old.

The manifestation begins with the arrival of participants in the centre of Fiorano, where the historic models are exhibited and allowed to parade along the city’s roads. Then there is the traditional hand-over of the ceramic tile, product of excellence from the Fiorano area, and an outdoor itinerary of the Fiorano area. The route explores the cultural and landscape heritage, going along the Sanctuary, Spezzano Castle and the Salse di Nirano. Obviously without forgetting the clou leg: the famous Ferrari' experimental track.