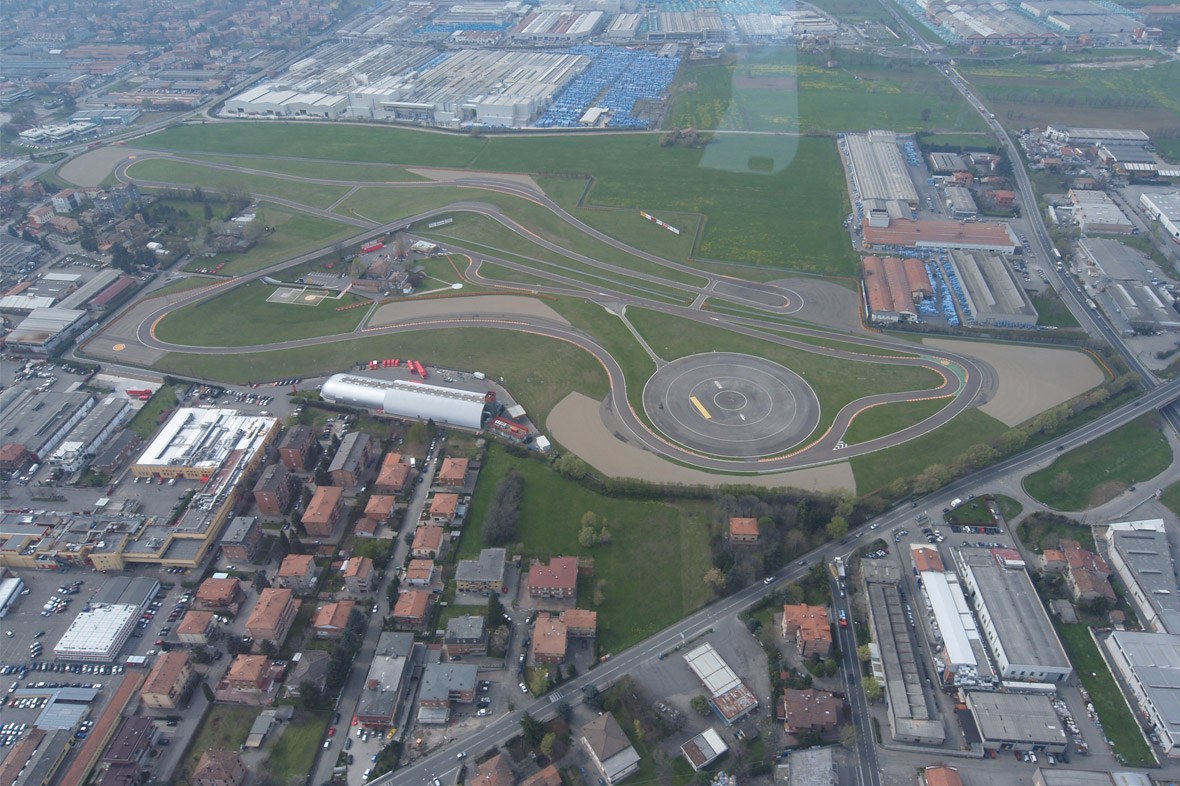 In 1972 Enzo Ferrari decided to build a track to test the vehicles produced by the Maranello-based company: as grounds he chose the nearby Fiorano.

In 1972 Ferrari cars were already in the legendary line-up of the world of racing cars. The Gran Turismo models had made their way to fame, becoming a symbol of uniqueness and luxury. Enzo Ferrari decided that it was time to equip the Maranello-based company with a try-out circuit, conceived and constructed to test his “reds”. The choice fell on a piece of land in the municipality of Fiorano, a few kilometres away from the industrial plant.

Thus the Fiorano track was launched, and it is still used as an experimental facility for racing and Gran Turismo Ferrari cars. This characteristic differentiates it from the tracks conceived to host races: there are in fact no stands for spectators and its route allows for only one vehicle at a time.

The circuit is more than 3,000 metres long, with 14 bends and a chicane. Its design reiterates characteristics similar to some of the European motor racing circuits, to enable testing of elements such as vehicle’s performance during braking on the limit, elasticity of the engines and centrifugal effects on fuel systems. A telemetry system supplies all the necessary information for developing the cars: technical data, speed, lap times. A closed-circuit television system, with 10 fixed cameras that can record the vehicle’s journey along the entire circuit, is also in place. Recently the track has gained an irrigation plant unique in all the world, able to drench the route in a few minutes and recuperate a good part of the water from the asphalt.

The Fiorano track fits into the environmental context without visual forcings. The surrounding landscape is considered psychologically fit for racing pilots, preferable to an environment that is too technologised. And the roar of the engines during practice resonating across the countryside is a unique and priceless atmospheric howl.