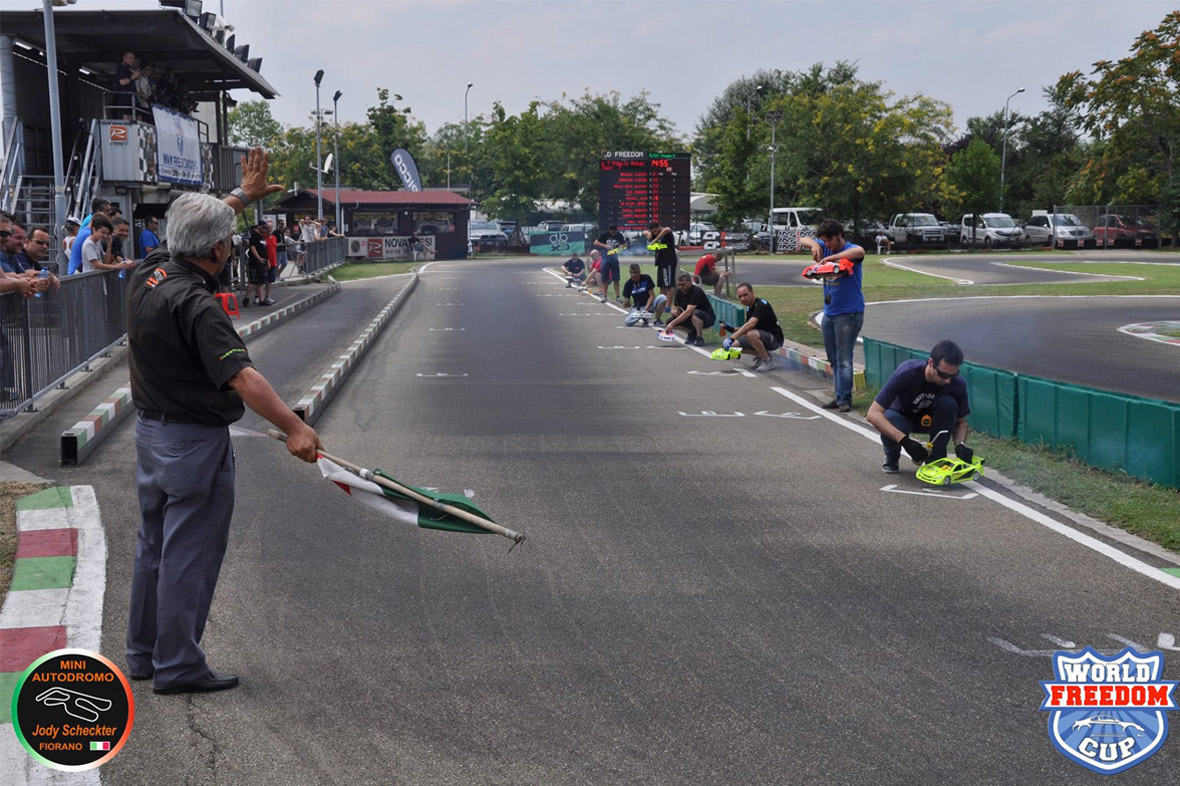 In 1996 the municipality of Fiorano inaugurated the Jody Scheckter Mini Autodrome, designed to host try-outs and races for remote-controlled model cars.

Not only try-outs with actual vehicles on the track: Fiorano Modenese is also known for model cars races. In 1996, the council created a mini autodrome for model cars, managed by the Associazione Sportiva Dilettantistica Racing Mini Car Fiorano (Fiorano’s racing car enthusiasts association).

The mini racetrack is named after the Ferrari champion Jody Scheckter and it is used for try-outs and races with remote-controlled model cars equipped with electric motors as well as internal combustion engines. It is suitable for regional, national and international racing: the rules, structure and requirements are very similar to those in real Formula 1. The circuit is 4.50 lm wide and 294 lm long, is surrounded by a relaxation area, has regular asphalt covering and a driving stage, timing system, grandstand and work benches for up to 180 contestants.

Being passionate about motorsport, friendly and happy to share spaces are the key factors for spending time at the Mini Autodrome of Fiorano: yet another occasion for the gathering of the numerous engines, mechanics and races enthusiasts.