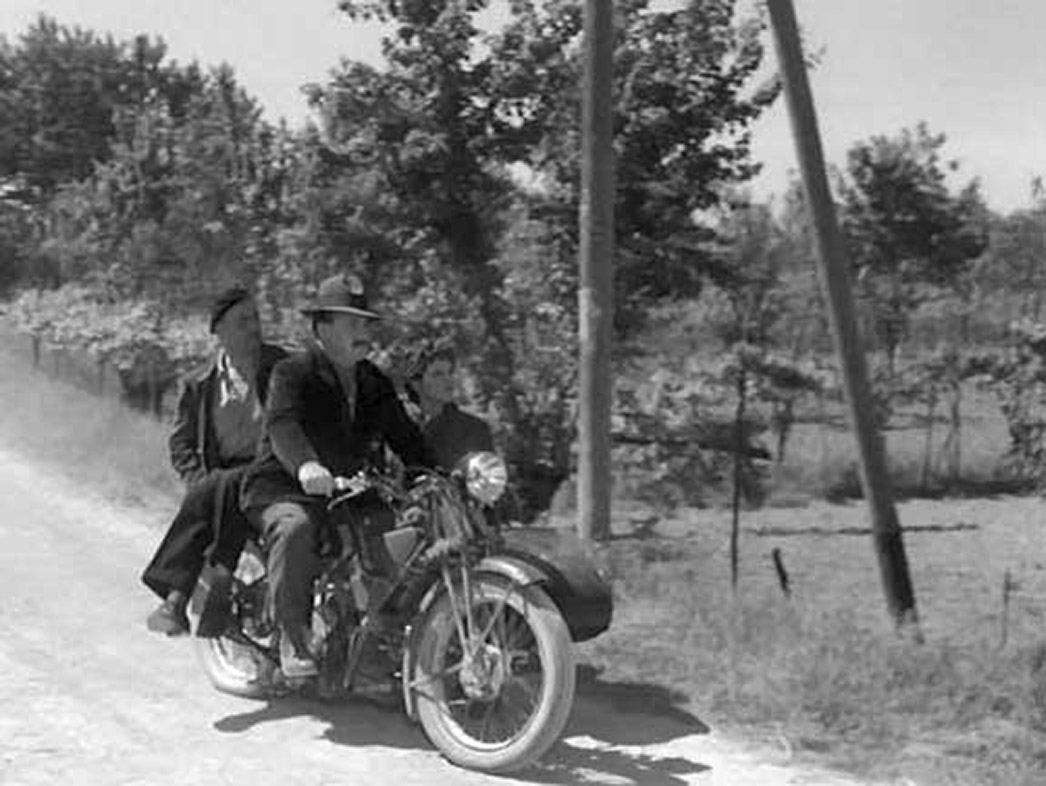 Giovannino Guareschi was a real fan of Moto Guzzi motorcycles, as was his character, Peppone, also represented in the films on board a 500 Sport sidecar.

Among all of the Moto Guzzi fans, Giovannino Guareschi really stands out. Author, journalist, humorist, illustrator, famous above all for being the “father” of the beloved TV characters Don Camillo and Peppone, he owned a Guzzi Galletto and did all the maintenance work on his own.

Perhaps his passion was instilled in him as a child by his father, Augusto Guareschi, who took him along in his swaddling clothes, down the streets of the Bassa (a plain territory located around 25 metres below sea level), aboard his motorcycle. He put him in a big box affixed on the rear seat, ensured that his infant was solidly on, then drove at full speed along the narrow paths rolling out amongst the fields and poplars of the Emilia countryside.

In the end, we know how these things go: every author freely sprinkles his own works with little references to minutiae of his own experiences. So that is how the motorcycle returns in Don Camillo and Peppone. If the priest represents Guareschi’s political ideal, the communist mayor would be the representative of his great passion for the two wheels world, reflected intact on the big screen. In fact, everyone remembers Don Peppone moving around the Brescello countryside aboard his inseparable 1929 Moto Guzzi 500 Sport 14 sidecar.