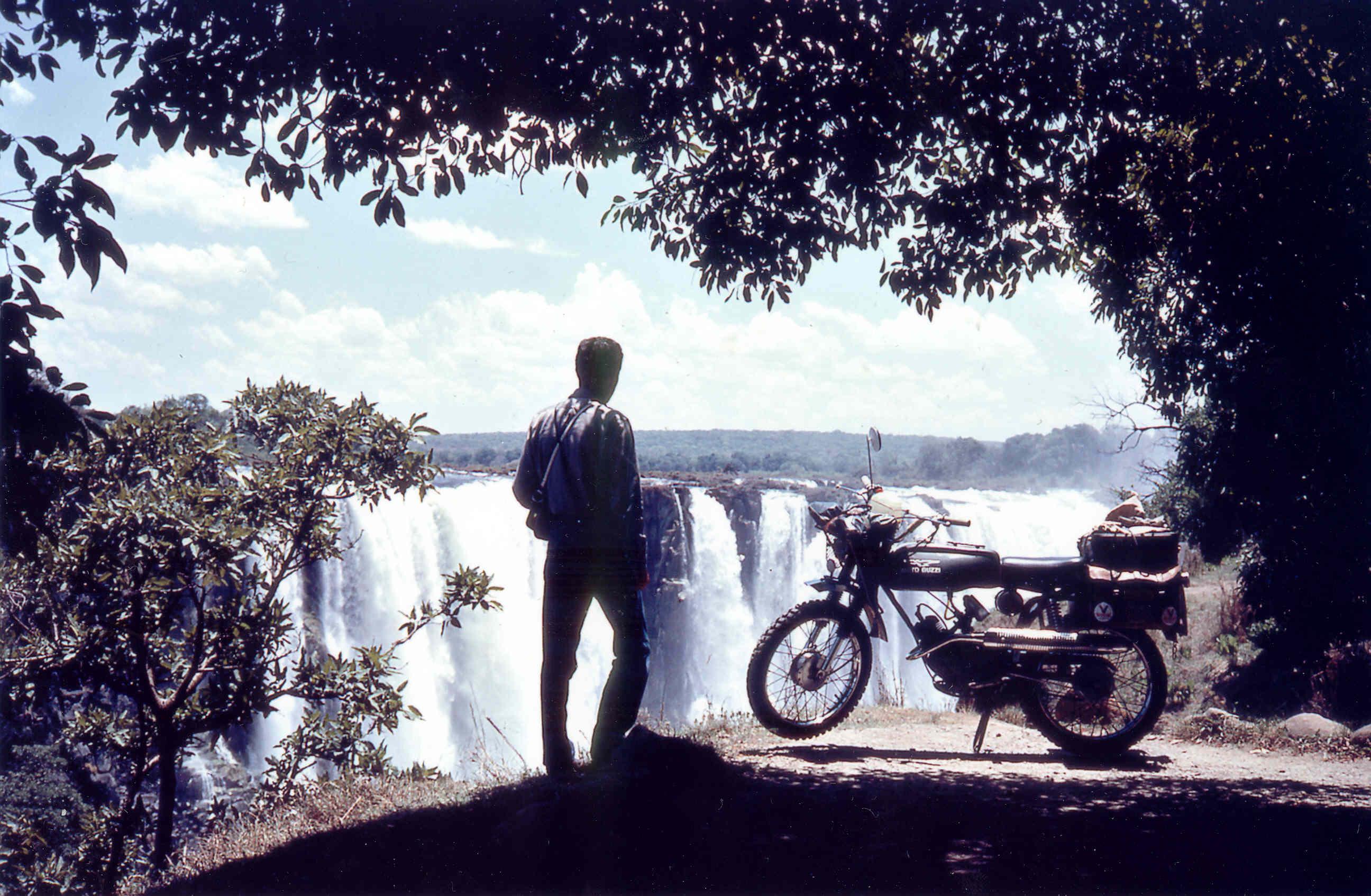 In 1966 the journalist and engine enthusiast Roberto Patrignani accomplished an extraordinary exploit: 7,500 kilometres on board a 49 cm3 Guzzi Dingo Cross in the heart of Africa.

“Dreams cannot be frozen. They need to be consumed fresh because it is only when in full bloom that they are rich in lifeblood as well as full of colours and aromas.” These were the words written by driver and engine enthusiast Roberto Patrignani. He seized his dreams and turned them into a dare.

The year was 1966: Patrignani decided to undertake an extreme journey into the heart of Africa, from Cape Town to Asmara, aboard a 49 cm3 Guzzi Dingo Cross. No mobile phone and no GPS. After all we are talking about the 60’s. Not even an automatic mixer. Just a 3-speed manual transmission, a notebook, an oil container to make the mixture and 7,500 kilometres across South Africa, Mozambique, Zambia, Tanzania, Kenya and Ethiopia. No Sudan: at the time, travelling by motorcycle was strictly prohibited.

During the 60’s, poor road condition was a consequence of the political instability of the African continent. Some asphalt roads alternated with challenging routes on hard and corrugated dirt tracks, littered with heavy vehicles went off road. Petrol was rationed, and there could be hundreds of miles between one distributor and another, not to mention all the problems related to customs or to finding food and places to spend the night.

However, this “unusual test” was counterpointed by spectacular landscapes: Victoria Falls, Kenya’s highlands at an altitude of 7,800 metres, wild animals and curious native populations checking out the two-wheeled adventurer and his steed. Patrignani was a dreamer who did things in his own way, and of all his exploits to the world's end, the Cape Town – Asmara route on the 49 cm3 Guzzi Dingo Cross route is the most amazing.