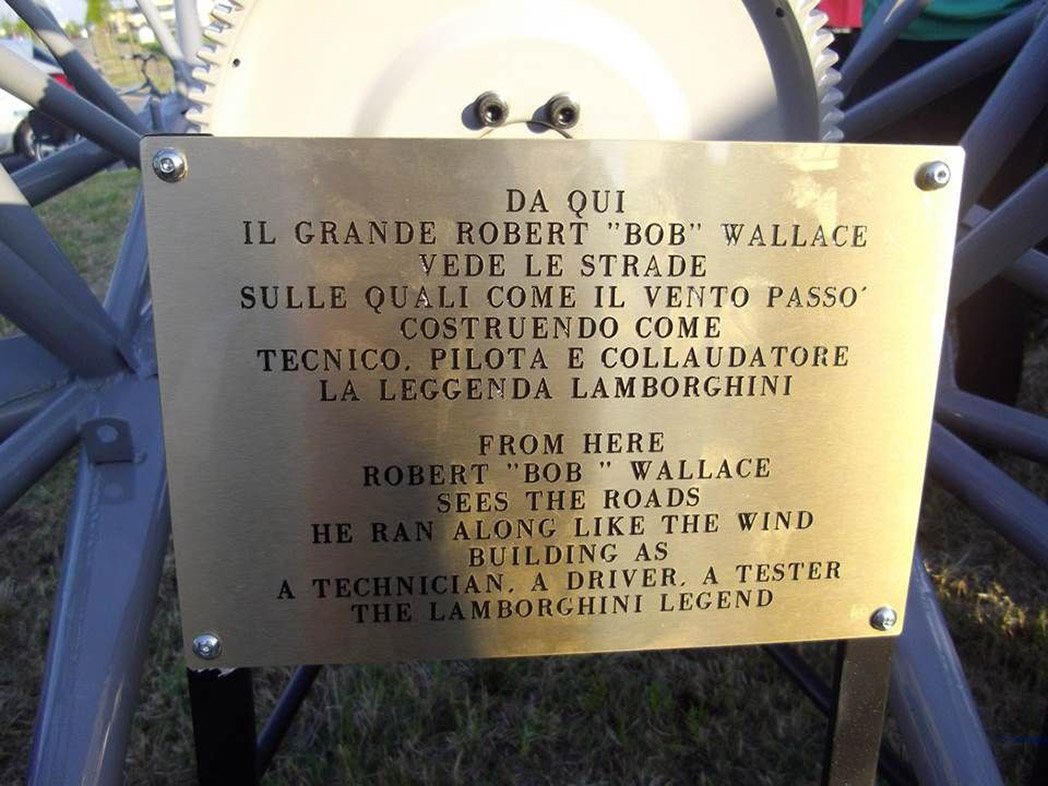 The roundabout dedicated to the Lamborghini test driver Bob Wallace was inaugurated in 2015 in Sant'Agata Bolognese.

In October 2015 in Sant’Agata Bolognese was officially inaugurated the roundabout dedicated to Robert Bob Wallace, famous tester, technician and creator, and one of the most amazing Lamborghini models of the ‘60s and '70s. For the occasion on the roundabout a tree was planted in his memory next to the monument specially installed that represents the posterior part of the frame of the Countach, which was grafted a crankshaft.

The work was carried out by Marchesi Bonora, historical frame builders of Lamborghini models such as Miura and Countach. The ceremony was attended by many colleagues and friends coming from different parts of the world, and the ribbon cutting was done by Mayor Giuseppe Valli, along with Ing. Paolo Stanzani. Stanzani himself, who was very close to Bob, wanted to leave a thought through the words engraved on the bronze plaque affixed to the sculpture.