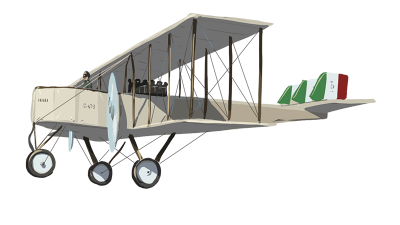 I wonder what the Sacred Mount of Varallo looks like from high up in an airplane… You ought to ask the first flying pioneers that made Varese their home. There are so many that the area has earned the name of “winged province” and rightly so. The outstanding one? Gianni Caproni, who tested his first experimental aircraft on the heaths of Malpensa in 1910. The step from there to flying even higher is short, just as achieving world fame: both he and his aircraft are mentioned even in Miyazaki’s films.