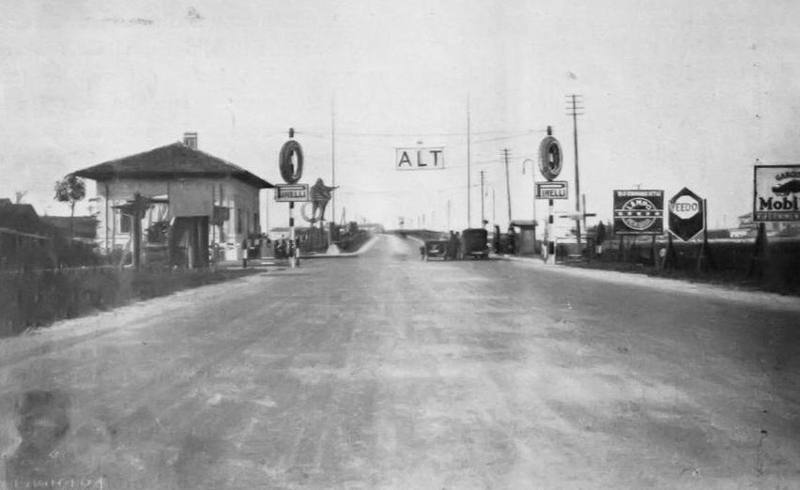 The Autostrada dei Laghi that passes by Varese is the first project carried out by the Società Anonima Autostrade founded by Piero Puricelli, the pioneer of “fast roads”.

Today it is difficult to imagine a world without motorways. And perhaps, it was hard to imagine one with “fast roads” that would make travelling easier. The Milanese Piero Puricelli, born in 1883, is one of the “visionaries” who saw in the construction of these new roads a lever for the growth of Italy. His test field will be the “Milano-Laghi” motorway.

In order to realise his idea, in 1921 he founded the Società Anonima Autostrade. The first project was the Autostrada dei Laghi that linked Milan, Varese and Como. This is the first street in the world designed for fast traffic and for automobiles only, free from wagons, pedestrians and other means, with a toll to cover its costs.

In the autumn of 1924 Victor Emmanuel III, at the wheel of a 8-cylinder Lancia Trikappa, cut the
inaugural tape. At his side were Piero Puricelli and the poet Gabriele D'Annunzio, who praised him as the “master of new roads”. Puricelli won only partly his bet: the revenues from the tolls are not sufficient to cover the construction costs, and Italy had to pay the rest. From the reputation point of view, this intuition turns out to be an international success, so much so that many technicians reached Lainate to learn the secrets of this fascinating invention.

Puricelli's career in the field of new motorways is just at the beginning. In 1928 he started the construction of the Firenze-Mare Motorway, becoming co-owner of the Società Autostrade. He was in charge of the construction of several fast roads, among which the Bergamo-Milan Motorway, the Pompeii Motorway, the Rome-Ostia Motorway and the Padua-Mestre Motorway. The poet was right: Piero Puricelli would really become a “master of new roads”.