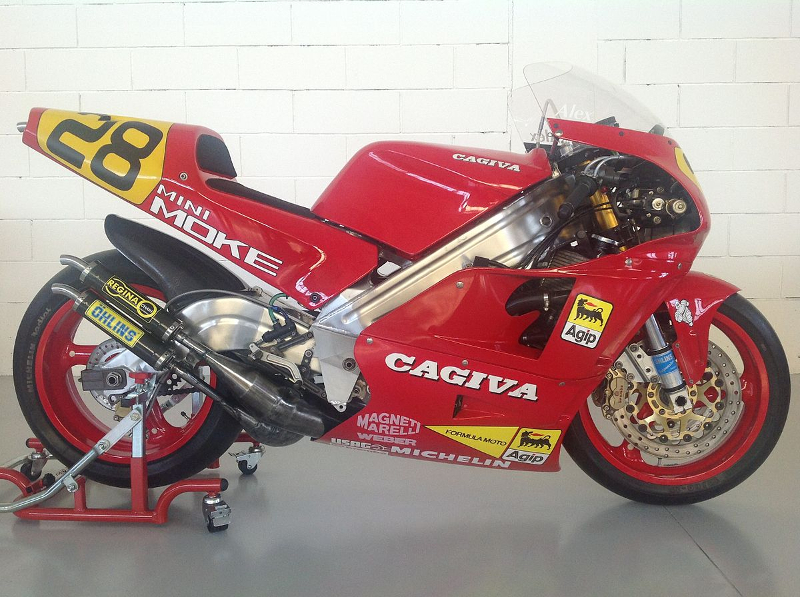 From small metal hardware to motorcycle racing, Cagiva has marked the history of two-wheel engines by tying its name to MV Agusta.

It was 1950 when Giovanni Castiglioni decided to establish in Varese a company to produce small metal hardware. The name chosen is an acronym that includes his first name, his last name and the place: "Ca" for Castiglioni, "Gi" for John and "Va" for Varese. The result is Cagiva, a brand that will speak for itself.

The turning point arrived after eighteen years of activity. In 1978 Cagiva purchased Aermacchi that, following a joint venture with Harley-Davidson, ended up in liquidation. This is the moment of the debut in the motorcycle market and in the races. For two years the production was marked with HD-Cagiva logo, before moving to the Italian company name only. On the international scene, the company became known as the “Casa dell'Elefantino” (House of the Elephant) thanks to the symbol chosen by Giovanni Castiglioni for good luck.

In 1992 Cagiva took on a new adventure: the relaunch the MV Agusta brand, born in Samarate in 1945. The new motorcycle model was presented five years later at Milan Motor Show under the name “F4”, and was called a two-wheeled Ferrari.