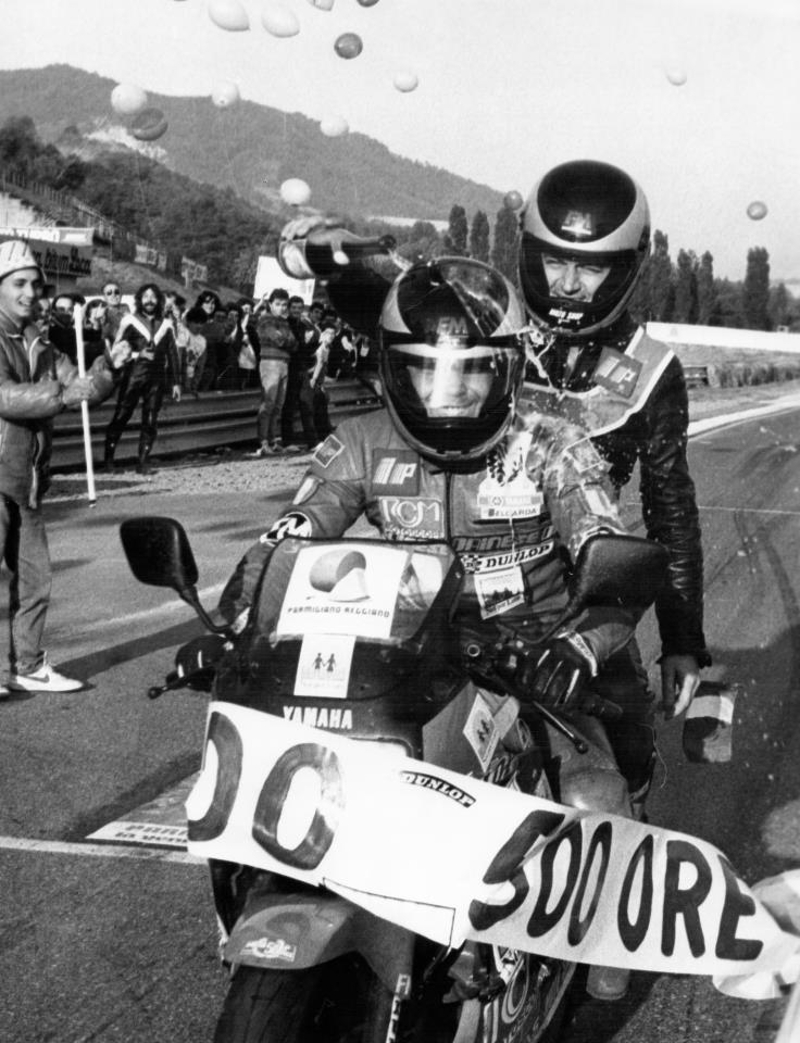 In August 1986 three motorcyclists participated in the charity event “Race for life”, held at the Varano Racetrack: 23 days non-stop on the circuit, and it was an immediate record.

In 1986, ten years after the charity race "Friuli Race", Varano Racetrack and its surroundings were home to another charity competition. It was "Race for life" organised to raise funds to be allocated to "Noi per loro" (Us for them), an association dedicated to the young oncohaemopathic patients of Parma.

The “Race for life” was organised in August and, other than having a noble goal, was included in the Guinness Book of Records. The three motorcyclists Norberto Naummi, Maurizio Foppiani and Roberto Ghillani, in fact, raced round uninterruptedly on the circuit for 23 days, without having stopped once neither for supplies and for the change of drivers, which took place on the go.