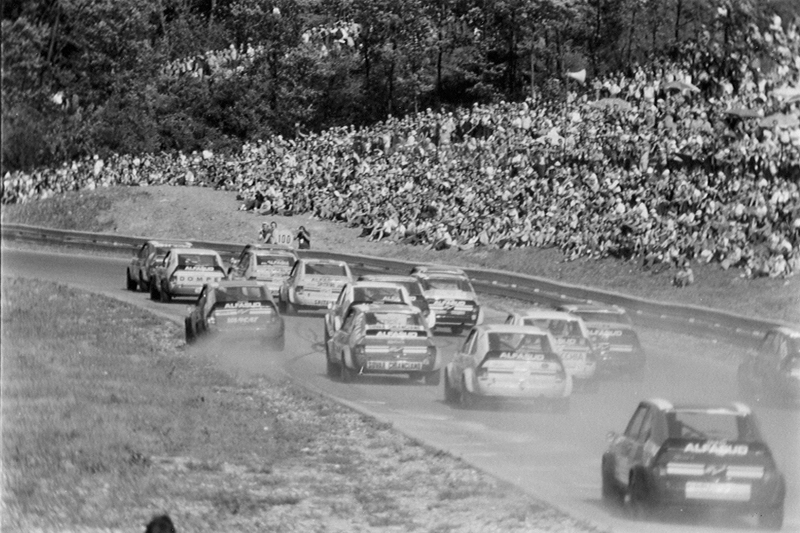 On the 2nd June 1976 the "Friuli race” was held: the best drivers competed to raise money for charity, to help the earthquake region and build the "Graham Hill" kindergarten

On the 6th May 1976, in Friuli, the ground shook. A massive earthquake shook the region and razed entire villages, causing almost 1,000 fatalities. Less than a month later, Varano organised a competition for charity along with the Autosprint magazine and Alfa Romeo to contribute to reconstruction in the affected areas.

It was the unforgettable "Friuli Race", which on the 2nd June saw the best Formula 1 drivers of the time challenge each other at the wheel of Alfasud models. Amongst these, Lauda, Regazzoni, Fittipaldi, Scheckter, but also motorcycle riders such as Giacomo Agostini, Johnny Cecotto and the powerboat driver Roberto Molinari. The amount of funds raised is impressive: 42,000,000 Lire, around 200,000 Euro, all invested in the construction of a kindergarten in Lusevera, one of the most affected countries.

Once built, the kindergarten was inaugurated on the 19th February 1977 and named after Graham Hill, a driver who lost his life, in the presence of his wife and sons. It was Fittipaldi himself, among all drivers, to convey this desire during the manifestation of Varano with the following words: "We wish to name the kindergarten after our late fellow Graham Hill, symbol of our sport and great teacher of humanity".