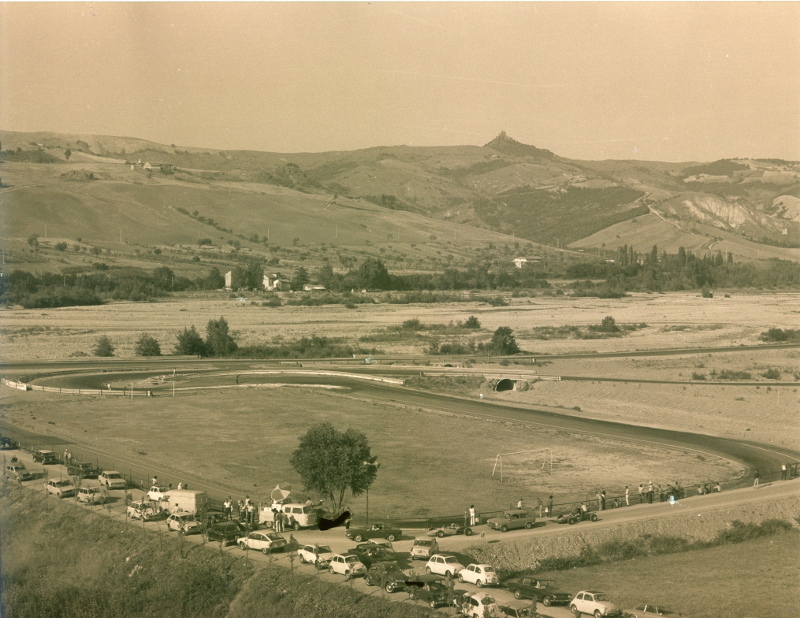 In 1969 was built the first circuit of Varano, destined to become the “Riccardo Paletti" Racetrack: in the beginning it was just a 550-metre long ring.

At the end of the 1960s, Varano de’ Melegari was a quiet town in the province of Parma with a population a little more than of 2,000 inhabitants. It was here, close to the football ground, that in 1969 the first stone was laid of the Racetrack today dedicated to Riccardo Paletti, a racing driver who lost his life. Near the Ceno river, where the village of Varano is located, a simple 550-metre ring was built in a short time, with a variant on the north side. It is the beginning of a story that has spanned the decades and continues still today.