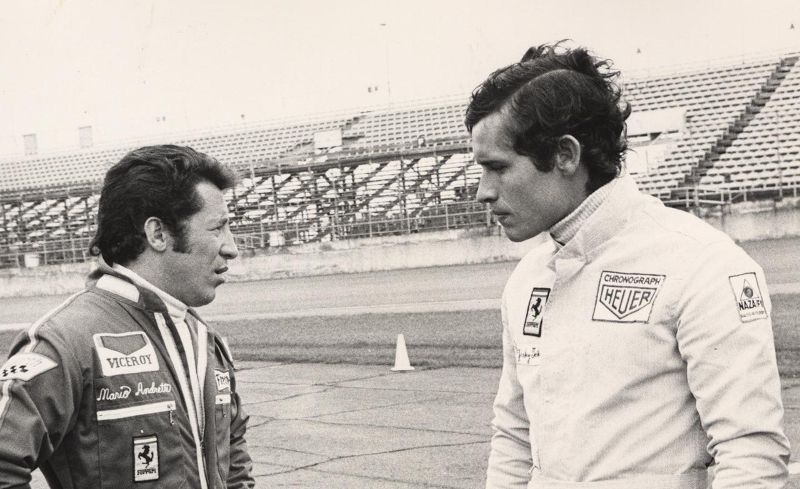 In 1971, the first race on the Varano Racetrack was held, but before the races a curious episode occurred, with the Ferrari driver Jacky Ickx as protagonist

Two years after its foundation in 1969, the new Varano circuit became a Racetrack. In 1971, in fact, the track was completed with an extension which brought it to a length of 1,200 meters: The Racetrack was ready to host its first true competitive season.

In the same year, in view of its “competitive baptism”, a curious episode occurred in Varano. Before the Monte Carlo Grand Prix, Ferrari opted to test here its new Formula 1 car. The news spreads quickly.

The car to be tested was the 312-B n.4, driven by Jacky Ickx. The fact that the tests were conducted on a working day did not stop the curious and the supporters, who converged to the Racetrack to witness the event. Unfortunately, Ickx made a blunder. After a few good laps, he missed braking and went off track at the sharp bend near the bridge, amid general astonishment.

Jacky Ickx, however, came out unscathed. The Belgian driver would twice become F1 vice champion and achieve many victories at the 24 Hours of Le Mans. After that 1973 test in Varano, the sharp bend at the Racetrack was named after him, becoming the Jacky Ickx Bend.