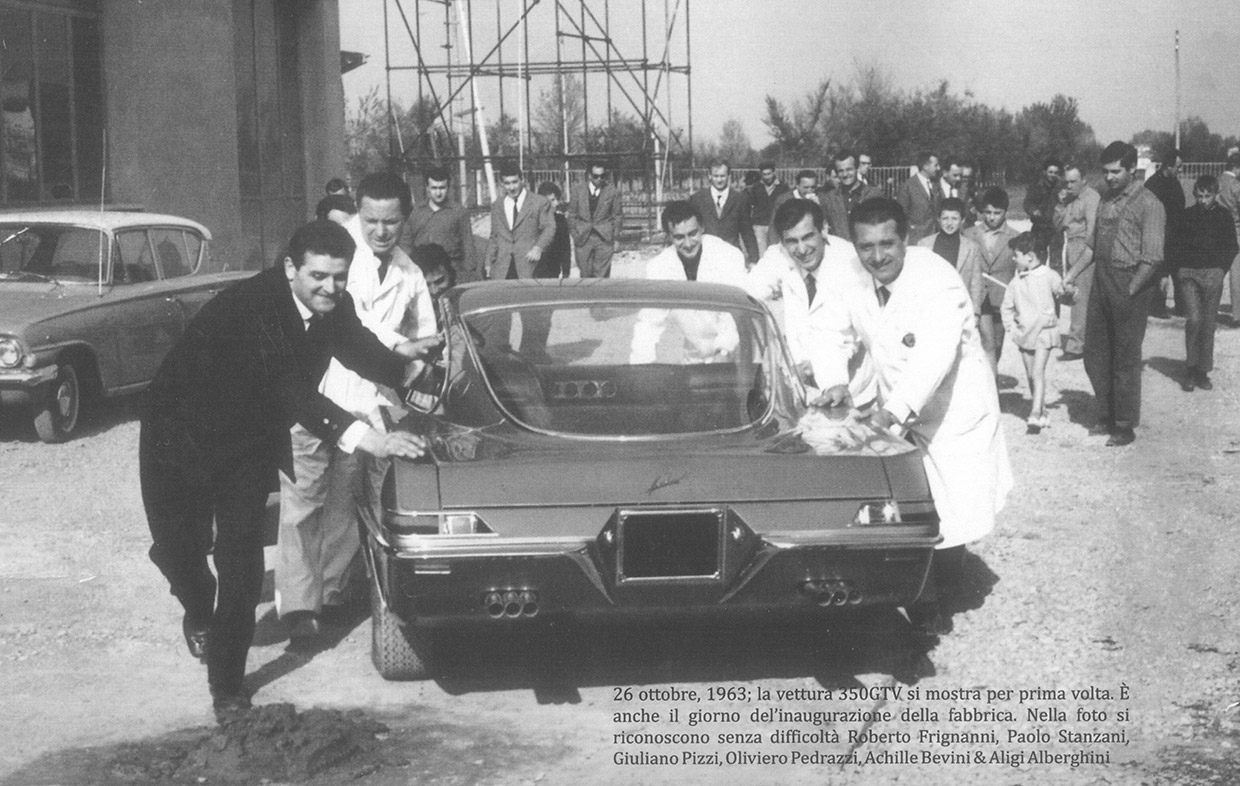 The Lamborghini carmaker opened in 1963: the symbol chosen was a bull, and the first cars were an instant hit, thanks to highly trained employees.

When in 1963 Lamborghini opened its doors in Sant'Agata Bolognese, its founder Ferruccio Lamborghini had already accumulated a great deal of experience in the mechanical and motor area. On an entrepreneurial level he dealt with tractors and hydraulic machines: up to now, the sports cars had been just a passion. He possessed many of them, even vintage models, but somehow he was always disappointed. So, why not build a perfect one?

"I want to produce a flawless car. – He in fact stated himself – It doesn't have to be technically super-advanced. Very normal, very conventional, but perfect". Ferruccio, in short, had serious intentions and this is clear from the powerful symbol chosen for the new carmaker: a bull, in honour of his zodiac sign. The first car was ready after a few days. This was the 350 GTV, with the engine designed by Giotto Bizzarrini and design by Franco Scaglione. A perfect car the first time around? On this not everyone is in agreement.

The model was then modified and became the Lamborghini 350 GT. Independent suspension, disc brakes, tubular frame, 280 hp and 260 km/h: the only conventional aspect is the position of the engine. From there it's a crescendo. In 1966 the Miura model arrived, with futuristic shapes and revolutionary frame, the starting point for various Lamborghini that came next. Amongst these, the Espada: less eye-catching than the Miura [link 1966 Miura] – maybe closer to that initial idea of quality and essentiality –, but prepared for air conditioning, power steering and automatic gearbox.

In its early golden years, the Lamborghini adventure made great strides thanks to skilled employees. Other than Bizzarrini and Scaglione, those who contributed to its success were engineers Gian Paolo Dallara e Paolo Stanzani, the test driver and technician Bob Wallace, and the office manager Aligi Alberghini, near Ferruccio up to the tractor days. The sign of the bull doesn't lie, and soon became an all in one with Sant'Agata. And still today the bull dominates the painting at the heart of its historical centre, in Via Largo Pepoli, commissioned and installed by the Associazione Tori e Motori.