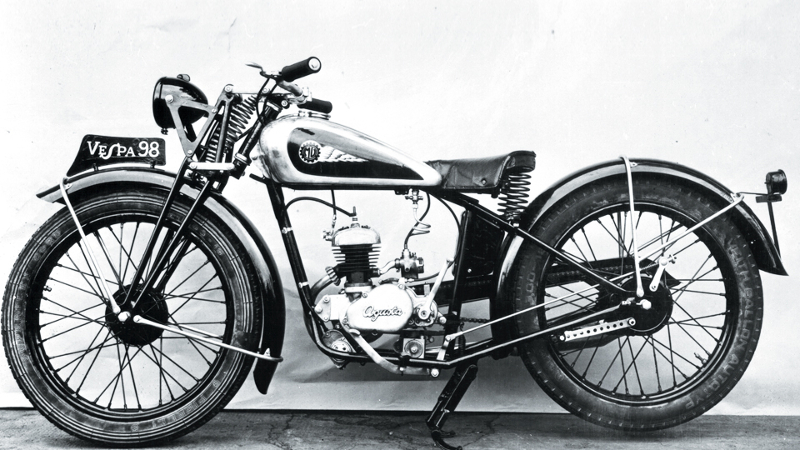 In 1945, the MV Agusta motorcycle was assembled, relaunching the fate of the company based in Cascina Costa, It affirmed itself on the market, quickly winning many races.

For Agusta, the actual year of its rebirth was 1945. After the war ended, it was again able to concentrate on the production of motorcycles. Italians wanted to start over. Their desire for motorized mobility was felt even more than before. It was at this moment that the company manufactured its most famous model: the MV Agusta.

Due to a case of fate, the MV Agusta was to be called “Vespa 98”. However, since someone (who knows who?!) had just filed this name with the patent office, the only one remaining was “98”. The new racing motorcycle had a good engine, low production and management costs, but very efficient performance. Deliveries began in 1946, the same year that MV Agusta started its racing activity in amateur road races.

The first victories started arriving thanks to Vincenzo Nencioni, until achieving all three podiums in Monza in 1946. The MV Agusta began to make a name for itself, changing, to improve: an adventure had begun, and the wheel of fortune finally began to turn for the company based in Cascina Costa.