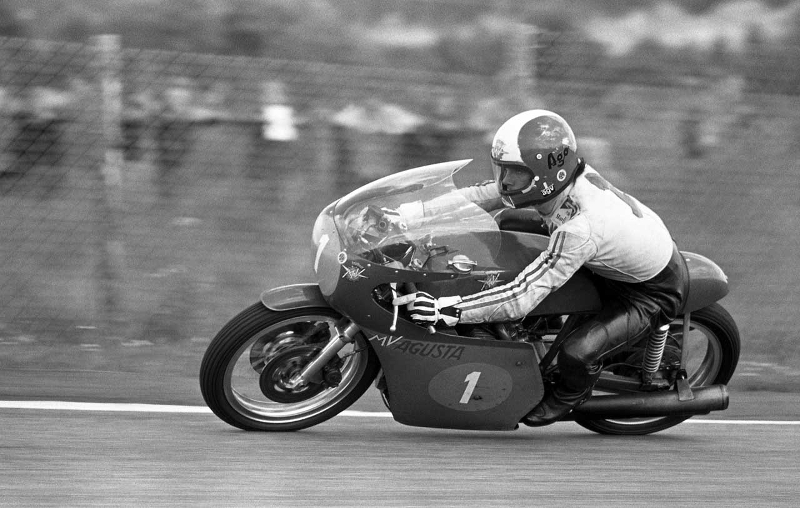 Giacomo Agostini drove for MV Agusta from 1965 to 1975, winning a long series of races, including 15 Grand Prix.

1965. Giacomo Agostini, aka “Ago”, was twenty-three years old, but has already made a name for himself as a driver. Success for him came in 1963, when he won the Italian Mountain Speed Championship driving a Morini 175. In the same year, on the 13th September, “Ago” was promoted by Morini itself to the 250 class and invited to participate as Tarquinio Provini’s right-hand man in the Grand Prix of the Nations in Monza.

Agostini was on the crest of the wave and, in 1965, he left Morini in Bologna for MV Agusta, alongside Mike Hailwood. It was the beginning of a long phase of success stories that will tie the name of the driver with that of the company in Cascina Costa in Samarate.

Starting from 1966, “Ago” dominated the scene until his last victory in 1975. After 10 hard-fought races, the driver succeeded in winning against Phil Read, conquering the 15th title of his career at only 33 years of age. He left the racing world at the peak of his success, and he surely wasn’t to blame. In addition to his 15 world titles, “Ago” also won 123 Grand Prix, 18 Italian Championships, and 10 Tourist Trophies.