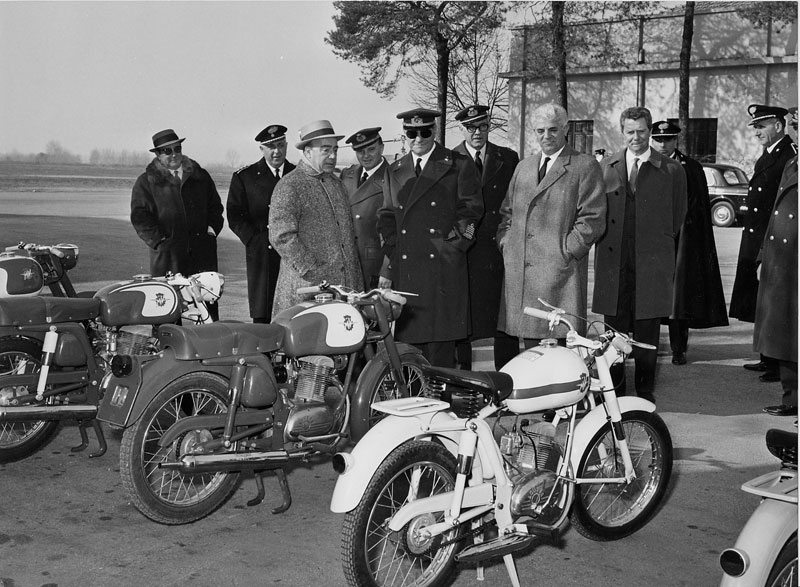 When Giovanni Agusta died in 1927, his wife and son decide to convert production to motorcycles, but the Second World War marked a new setback.

Giovanni Agusta died twenty years after he founded his aircraft business in Cascina Costa in Samarate. In 1927, after having contributed to the aeronautics industry as a pioneer and having fought as a volunteer for the Malpensa Aviators Battalion, the count passed away. The company, therefore, went to his wife, Giuseppina, and his son, Domenico.

However, Agusta was suffering a crisis. With the end of World War I, aircraft demand collapsed. The two new owners saw no other solution than to convert production. Given the increasing desire for individual motorized mobility, the most attractive market seemed to be the motorcycle market. It was the same decision reached by Piaggio in Tuscany at the end of World War II, but for Agusta the results arrived at a slower pace.

Agusta anticipated the times, and decided to take the leap in the 1930s. A time of peace? Yes it was, but a scarce and precarious one. Within a few years, Italy fell back into the war, and the first engines designed by Agusta were not completed. After the armistice, the Cascina Costa plant was occupied by the Germans. It wasn’t until the end of the conflict that fortune once again smiled upon the company in Samarate.