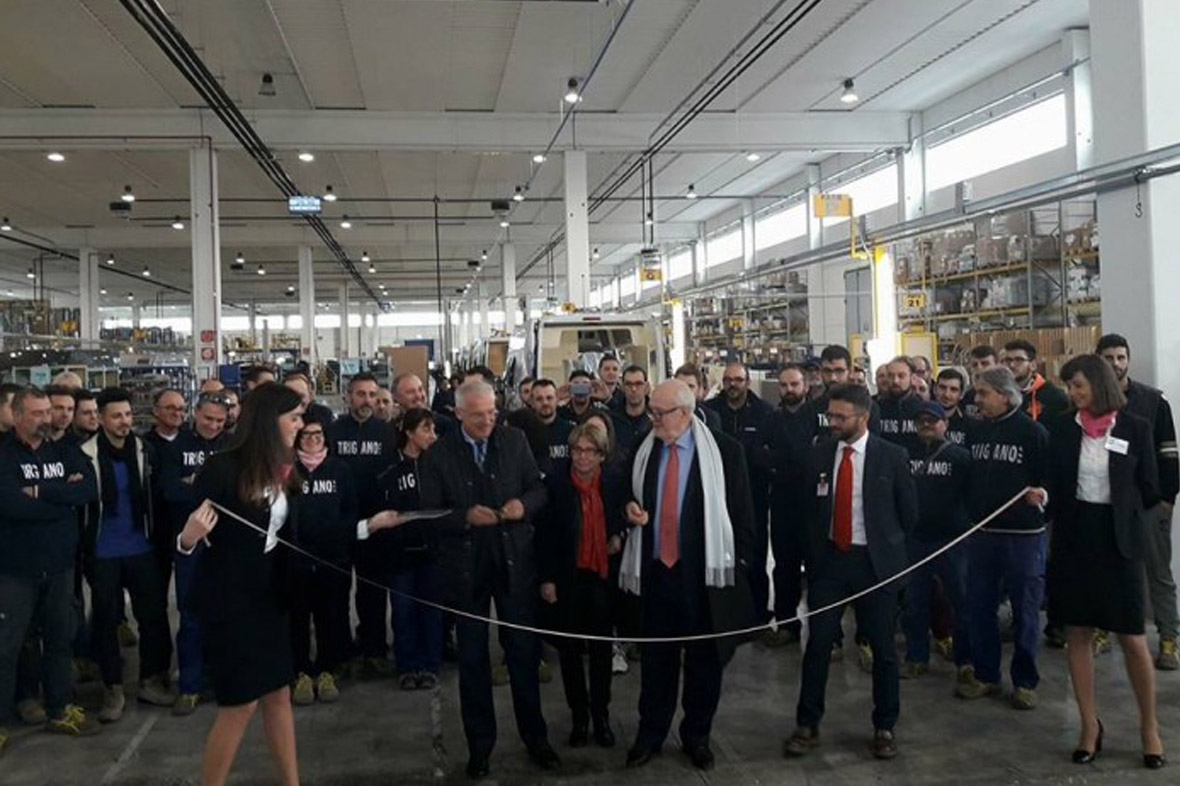 Since 2004, Trigano has been present between Paglieta and Atessa, with a recently renovated camping and trailer production facility.

In 2004, the French company, Trigano, chose the Sangro Valley to establish one of its factories. The site chosen was the industrial area adjacent to the Sevel plant between the municipalities of Paglieta and Atessa.

The multinational manufactures campers, caravans, and trailers arising from the “skeleton” of the Fiat Ducato produced by Sevel at just a few hundred meters distance. On the structure of the Ducato, portholes and side windows were installed and, work station after work station, they became caravans. The Sangro Valley plant produces seven models for two versions, Prestige and Easy, largely intended for the European market, especially French and German.

From a 6,000-square-meter shed, the Trigano plant expanded by inaugurating a new adjoining building in 2016. At the same time, production reached 3,300 vehicles per year.