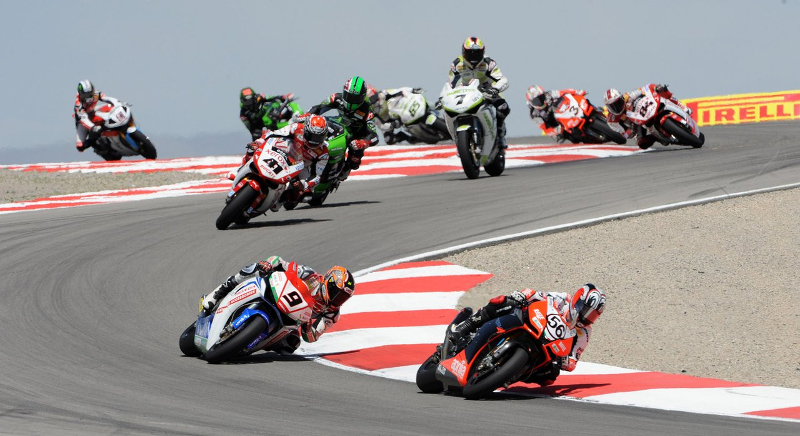 In April 2009, Aprilia returned to the Superbike with its super sport RSV4 bike and affirmed itself in big off-road rallies.

For Aprilia, 2009 was a year at full speed. After joining the Piaggio Group in 2004, and having achieved many victories at the Grand Prix, Aprilia returned to dispute the Superbike World Championship. The bike that raced was the super sport RSV4: 4 cylinders, 1000cc, and over 200 hp in the racing version.

The return to Superbike was a success. In the first racing season, the RSV4 achieves one victory with Max Biaggi, along with an additional nine podiums. The birth of the super sport was the confirmation of Aprilia’s strategies in affirming itself at the top of sports motorcycling.

In the same year, Aprilia also affirmed itself in large off-road rallies. The two-cylinder RXV 4.5 motorcycle, prepared and assisted by the Aprilia Racing Department, gained a class victory at the Rallye des Pharaohs and, above all, it debuted in the Dakar by winning an absolute third place and dominating the 450 class.

All motorcycles manufactured by Aprilia on the two-wheel market stand out for their innovative design and style. Its success in the sport sector developed along with a growth in production, size, and technology for the company, which has become increasingly popular in the international motorcycle panorama.