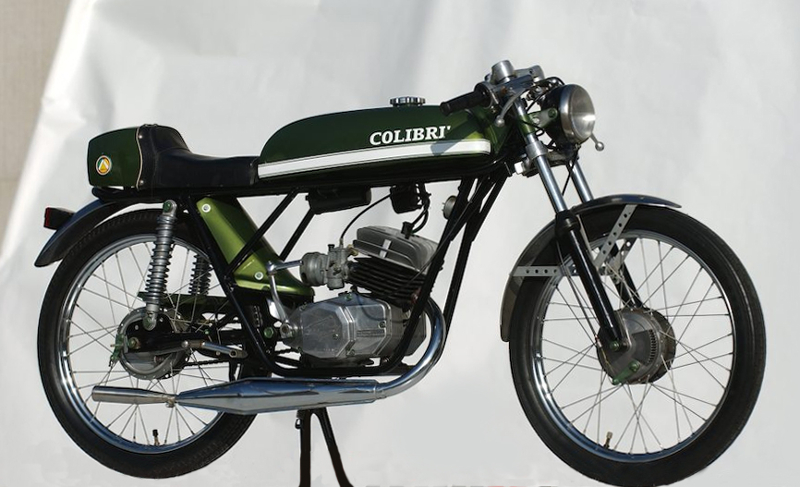 In 1968, Ivano Beggio took over the reins at Aprilia - the bicycle factory founded in 1945 by his Father, Alberto - and converted its production into motorcycles.

two wheels that were not motorized, but wheels moved by pedals: precisely, two bicycle wheels. 23 years must go by for Aprilia’s two wheels to become motorized and begin to speak for themselves in the world of engines.

We are in Noale, in the Veneto region, at the center of an ideal triangle with three vertices: Treviso, Padua, and Mestre. Within the setting of this medieval town, which had just emerged from the Second World War, an artisanal bicycle factory was founded. It was 1945, the founder was Sir Alberto Beggio, and the name chosen for his company was Aprilia.

Alberto Beggio had a son, Ivano, who began to develop a passion for motors at an early age, while he assisted his father in constructing his bicycles. In 1968, Ivano Beggio took the reins of the family business, setting forth a major breakthrough in production.

Ivano’s passion for engines, in fact, takes him straight to the track: Aprilia says goodbye to bicycles and begins to produce motorcycles. The first bike to leave the renovated factory was a gold and blue 50 cc. The "Colibrì" and "Daniela" models followed up to what became the most noticeable in the early years of its new activity: the "Scarabeo" motocross moped produced in 1970.

In just a few moves, Aprilia begins to assert itself in producing mopeds and taking its first steps towards the world of motocross, cultivating the dream of participating in national competitions. Reaching this dream was just a matter of time.