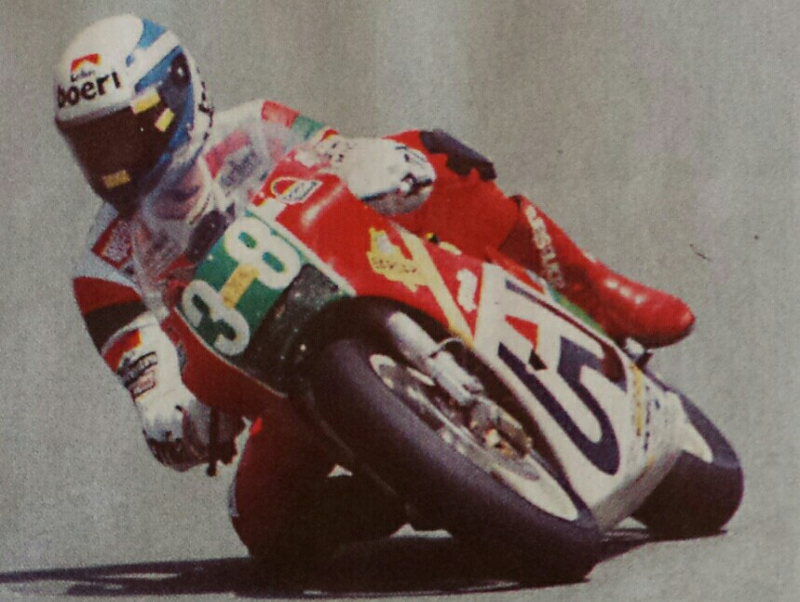 In April 1985, Aprilia Racing debuted on an international level. In just a few years, the first victories arrived, thanks to Loris Reggiani, the first of a long series of talented Aprilia riders.

The beginning of the 1980s is not an easy time. Yet, precisely in this period, Aprilia is able to become a laboratory of ideas and projects that will lead it to be affirmed on an international level.

The company already makes itself known in the national racing world with its first races since 1977. The bicycles that characterized its first production in the post-war period are now just a memory. The company now looks towards the future and the adventure of Aprilia Racing at the Grand Prix.

The debut occurs on March 23rd, 1985 in Kyalami, South Africa. In the first race, Loris Reggiani finishes in 12th place, but in subsequent competitions, Aprilia reveals its true talents. In Rijeka and Imola, in fact, Reggiani won the first podium with a third place.

1986 also reserves surprises. Despite the season being affected by an accident suffered by Reggiani himself, the Aprilia 250 returns to the top by conquering two second places in Salzburg and Rijeka. The real victory begins to get closer, and it doesn’t take long to arrive: on August 30th, 1987, on his AF1 250, Loris Reggiani reached Aprilia’s first success in a Grand Prix on the Misano racetrack.

Yet, Aprilia did not stop here. Between highs and lows, during 1988, the development of the 250 continues and, at the same time, it is introduced into the 125 class. The first podium is immediately awarded in the Grand Prix of France. From its debut in 1985, in just a short time, Aprilia Racing showed itself as being a forge of talents: not only with Loris Reggiani, who contributed to its “baptism” in international races, but also with future world champions, such as Biaggi, Capirossi, Gramigni, Locatelli, Sakata, Rossi, Poggiali, and Lorenzo. Today, with 294 Grand Prix won, Aprilia holds the record of victories among European manufacturers in the history of the greatest motorcycle competition.