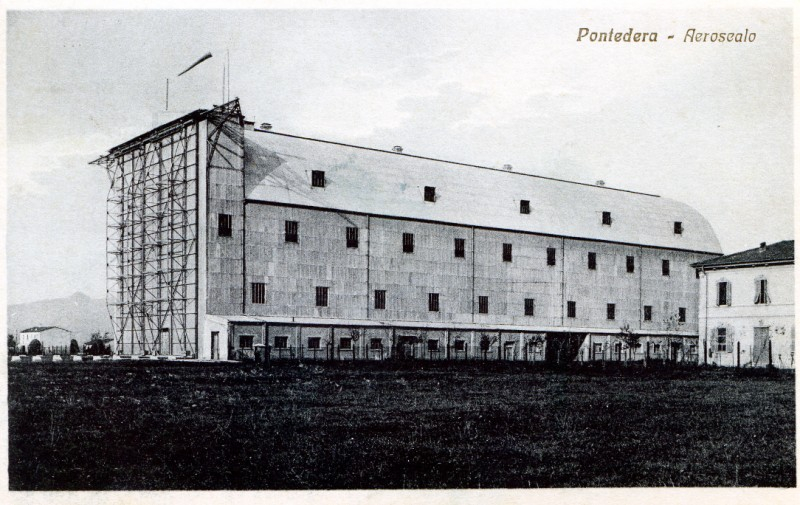 At the start of the 1900s Pontedera was elected as place to build an important air station for zeppelins.

Pontedera’s motoring history does not start with the two wheels of Piaggio, nor the four wheels of Mazzanti, but with the ailerons of zeppelins. In 1913 the city was chosen as an ideal place to build an air station destined to become one of the most important ones in Europe.

Pontedera is well positioned, close to the sea and railway lines. Once built, its zeppelin air station will be functional for several decades. This is also where illustrious players in aviation will land, such as the North Europe explorer Umberto Nobile. Already resigned since the 50’s, the air station runway will become the test site for the legendary Vespa.