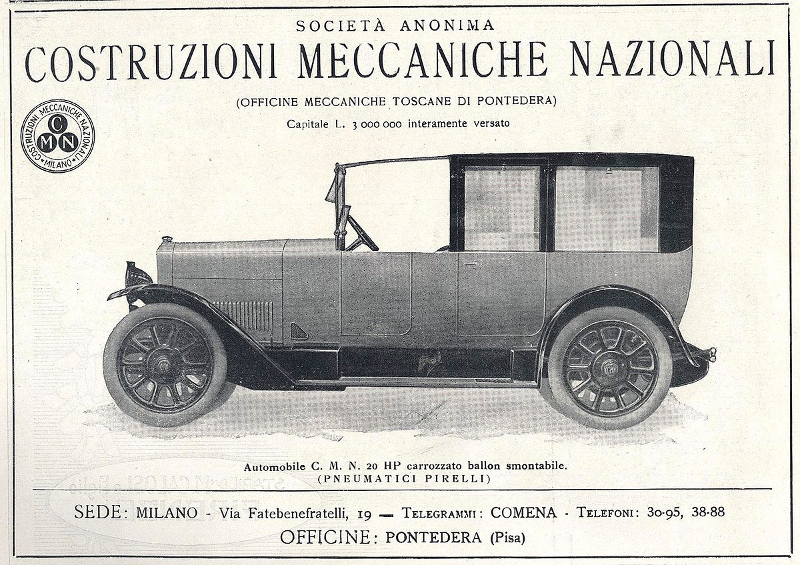 During 1920, Costruzioni Meccaniche Nazionali moved its production headquarters to Pontedera: this is about the famous production company with which Enzo Ferrari has made his debut as racing driver.

If the expert ear hears talk about Costruzioni Meccaniche Nazionali, the mind immediately thinks of Enzo Ferrari. In 1919 the Drake found work at the Milanese company after being turned down by Fiat. In the same year, he started as a racing driver with CMN participating in the Parma – Poggio di Berceto hill climb and in the Targa Florio with two “15/20 HP” models.

What does all of this have to do with Pontedera? A lot, it seems. In fact, during the previous year, Costruzioni Meccaniche Nazionali decided to transfer the production site to the Italian city that already hosts an air station for zeppelins. CMN closed its doors in 1923, three years after having set itself up in Pontedera, but it is enough for the ‘street motors’ to have official status in the city.